What better way to see you into the weekend than some brand new acts added to your Reading 2019 line up? We’re talking new music, comedy, live podcasts and a whole load of late night partying and fun. All these names and more will be joining your previously announced headliners The 1975, Post Malone, Twenty One Pilots and Foo Fighters – let’s get into it then, shall we?

Headlining the Alternative Stage is the quick-witted Josh Widdicombe, you’ll recognise him from Channel 4’s The Last Leg, and his BBC sitcom, Josh. It might be a good idea to pack extra underwear because you’re going to need a spare pair after giggling through his set.

Comedy genius Bridget Christie is also set to take on the Alternative Stage crowds this summer with her headline set. A regular on the comedy scene since 2004, she’s won the Foster’s Edinburgh Comedy Award and she’s since gone on to become a regular favourite on TV and radio.

If you’re after even more comedy to have you in stitches across the whole weekend, you’re in luck. We’ve also got the likes of Dane Baptiste, Russell Kane, Abigoliah Schamaun, Marcus Brigstocke and more to get the belly laughs flowing.

Elsewhere on the Alternative Stage David Olshanetsky and Naledi Dube will present a live episode of their podcast David’s Out For A Good Time, and there’ll be time for you to take the weight off your feet and catch a film screenings of documentaries including Liam Gallagher: As It Was and Frank Sidebottom’s Being Frank: The Chris Sievey Story.

Looking forward to the late night parties? You’ll be able to lose yourself with Hot Dub Time Machine, Buttoned Down Disco and Transgressive Takeover, with special guests still to be announced.

Looking for some more music to soundtrack your weekend? We’ve just added Mabel to the BBC Radio One Stage ahead of the release of her hotly anticipated album, ‘High Expectations’ this July. Irish rock band Picture This will thrill fans by bringing their new album MDRN LV to life alongside indie rockers CHILDCARE.

We’re about to amp it up on the BBC Radio One Dance Stage too with the rap-rock morphers The LaFontaines, rising rap star Barny Fletcher and pop queen Kim Petras. Over on The Pit Stage, Laura Jane Grace & the Devouring Mothers will bring songs from their emotionally charged debut album ‘Bought To Rot’, while Palaye Royale, Plague Vendor and Queen Zee will also appear across the weekend.

Over on the BBC 1Xtra Stage East London drill rapper Unknown T, best known for his breakout hit Homerton B will be making his Reading debut. Elsewhere, US rapper YBN Nahmir is set to deliver an unforgettable performance, while BIG HEATH, DigDat, Geko and more will be joining the bill.

View the full line up announced so far below. 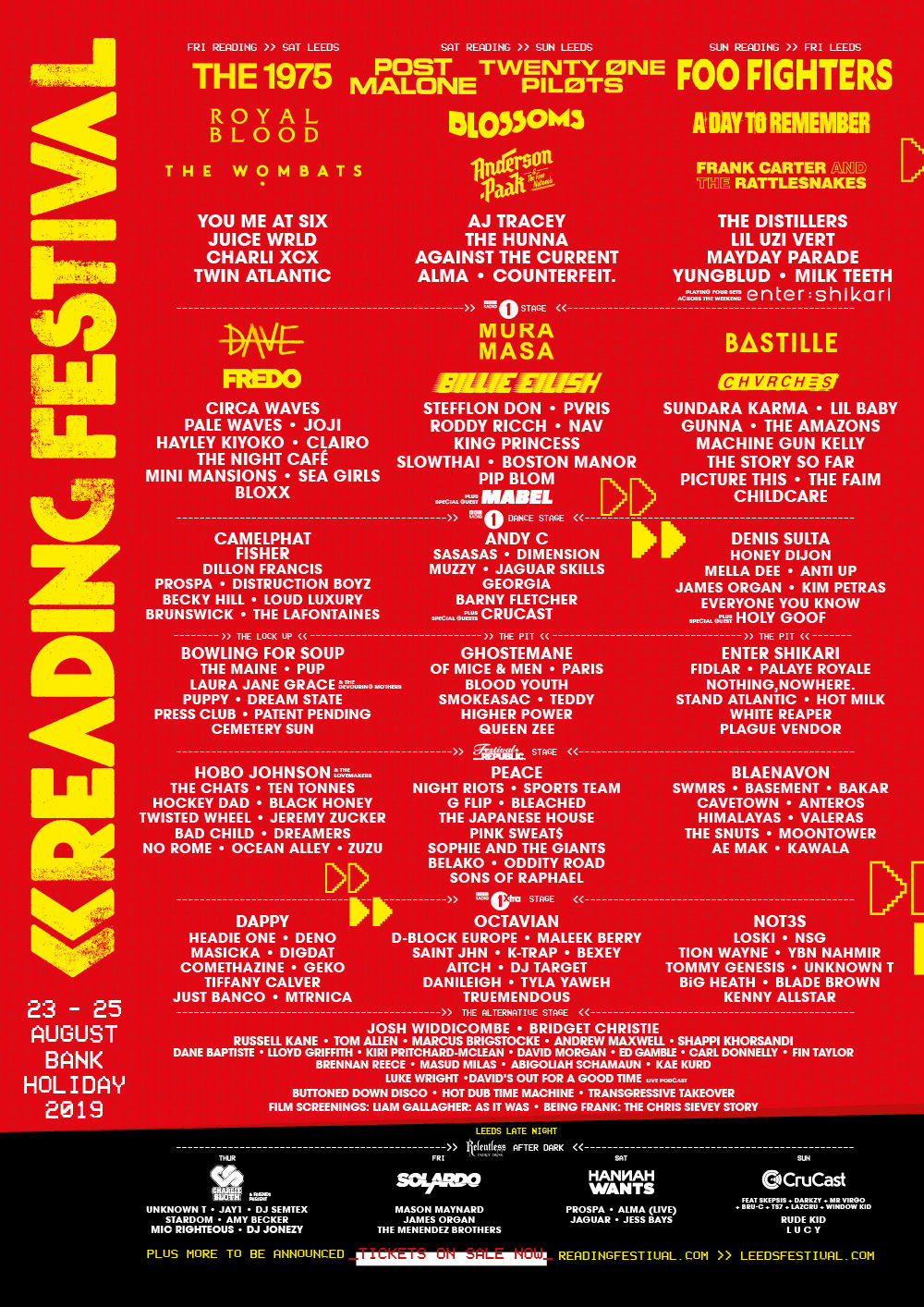 Now you’ve had a gander at all of that, why are you still reading this? Click below to get your tickets before it’s too late.

Weekend, Day Tickets and Extras are on sale here