We thought it would be rude to keep you waiting too long for the next wave of names from your #R&L2020 lineup!

Two loads of names announced within a month, it feels like we’re spoiling you a bit now. Here are 11 more reasons as to why you have to be joining us August bank holiday weekend!

Fresh off of claiming two BRIT Award wins Lewis Capaldi returns to R&L as one of UK music’s biggest success stories of recent years. His world famous tunes and hilarious personality will make for an amazing performance on the main stage this summer.

Joining Lewis are two of London’s brightest rap stars. South East London’s Ms Banks is one of the biggest names in contemporary British hip hop, and a hotly anticipated addition to this year’s line-up. She’ll be joined by North London’s MoStack, who’s been taking the British hip hop scene by storm since 2014.

Indie rock titans The Subways will be making their grand return to R&L festival for the seventh time. Joining them are rising Canadian alt rock act and formidable live force cleopatrick.

Spanish indie quartet Belako will be bringing their new wave and post-punk inspired performances back to R&L this summer. As well as singer songwriter L Devine who will take to the R&L stage for the first time.

Electronic music fans will be treated to a host of performers, including bass and EDM heavyweight JAUZ, with his hybrid of trap, house and dubstep, alongside Avant-garde electronic duo 100 Gecs. Elsewhere, Drum and Bass Duo, Koven will present their brand new show ‘Butterfly Effect’ and twice-Grammy nominated duo Sofi Tukker will be bringing their 90s house inspired jungle pop to the festivals.

Some really great names right? They’ll be joining headliners Stormzy, Liam Gallagher and Rage Against The Machine at #RandL20

View the full lineup poster so far below. 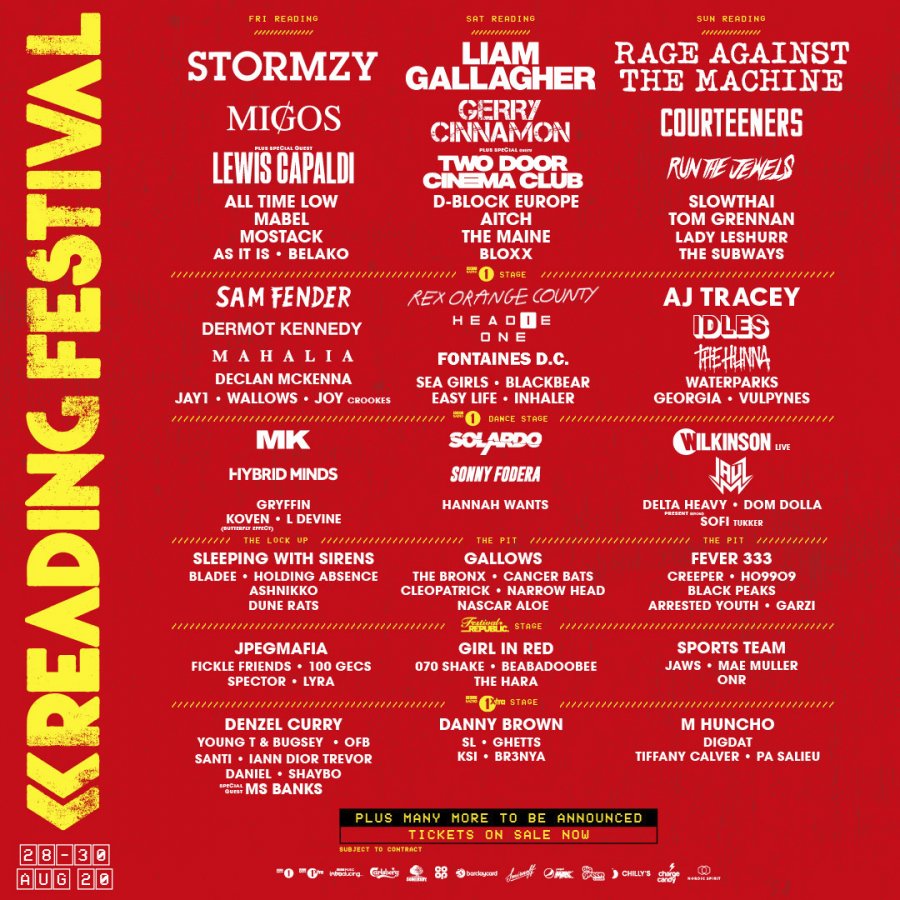 Haven’t got your tickets yet? surely you have to now!

TICKETS ARE ON SALE NOW