50 new names come crashing into Reading 2019 including Royal Blood, Charli XCX, You Me At Six, Lil Uzi Vert and more!

You didn’t think we’d keep you waiting forever, did you?

Today, we’re lifting the lid on another 50 acts who will be joining your previously announced headliners, The 1975, Post Malone, Twenty One Pilots and Foo Fighters. So what are you waiting for? Keep reading to find out who’s going to be the soundtrack to your summer. Short attention span? Just do yourself a favour and buy tickets right here.

Bringing their juggernaut rock sound back to the Main Stage, Royal Blood will unleash their huge hits to get you bouncing. Your Number 1 Angel, Charli XCX, returns to Reading to hit the stage with enough future-pop dance bangers to dislocate your hips.

Want more epic synth singalongs? Good job we’ve added CHVRCHES to the line up then, isn’t it? You’re in for a treat with this next one, too. Electro agit-rock heavyweights, Enter Shikari, will be making Reading Festival history as they headline The Pit and appear on the Main Stage, that’s even better than scratchcard glory, to be honest.

We’re stoked to welcome one of the biggest names in hip-hop, Lil Uzi Vert, who’ll be serenading us with his inventive emo-rap. Joining him is London break out artist Fredo and AJ Tracey who’s releasing his highly anticipated debut album next month. Still not convinced? Maybe this will do the trick – Atlanta rappers Gunna and Lil Baby, who’ve become one of the most talked-about combos in hip-hop join the line up alongside the soul legend, Anderson .Paak & The Free Nationals who ALWAYS deliver.

They’re always ready to ‘Take on the World’, see what we did there? You Me At Six will be smashing songs from their sixth album ‘VI’ and more. Fresh from their packed-out, high energy secret sets last year, Frank Carter & The Rattlesnakes will unleash their thrilling, crowd surfing good times on us.

They might have an album called Bad Vibrations, but A Day To Remember will be bringing ALL the good vibes when they shower us in metal riffs and pop punk hooks. If you like the sound of that, you’ll be pumped to know The Maine and Against The Current are also added to the bill.

We’re still not done. How about Circa Waves, The Hunna, The Wombats, The Japanese House and No Rome too? Well, you’re in luck, because they’ll be there – the question is, will you?

Find out everyone who’s playing by memorising our poster below. 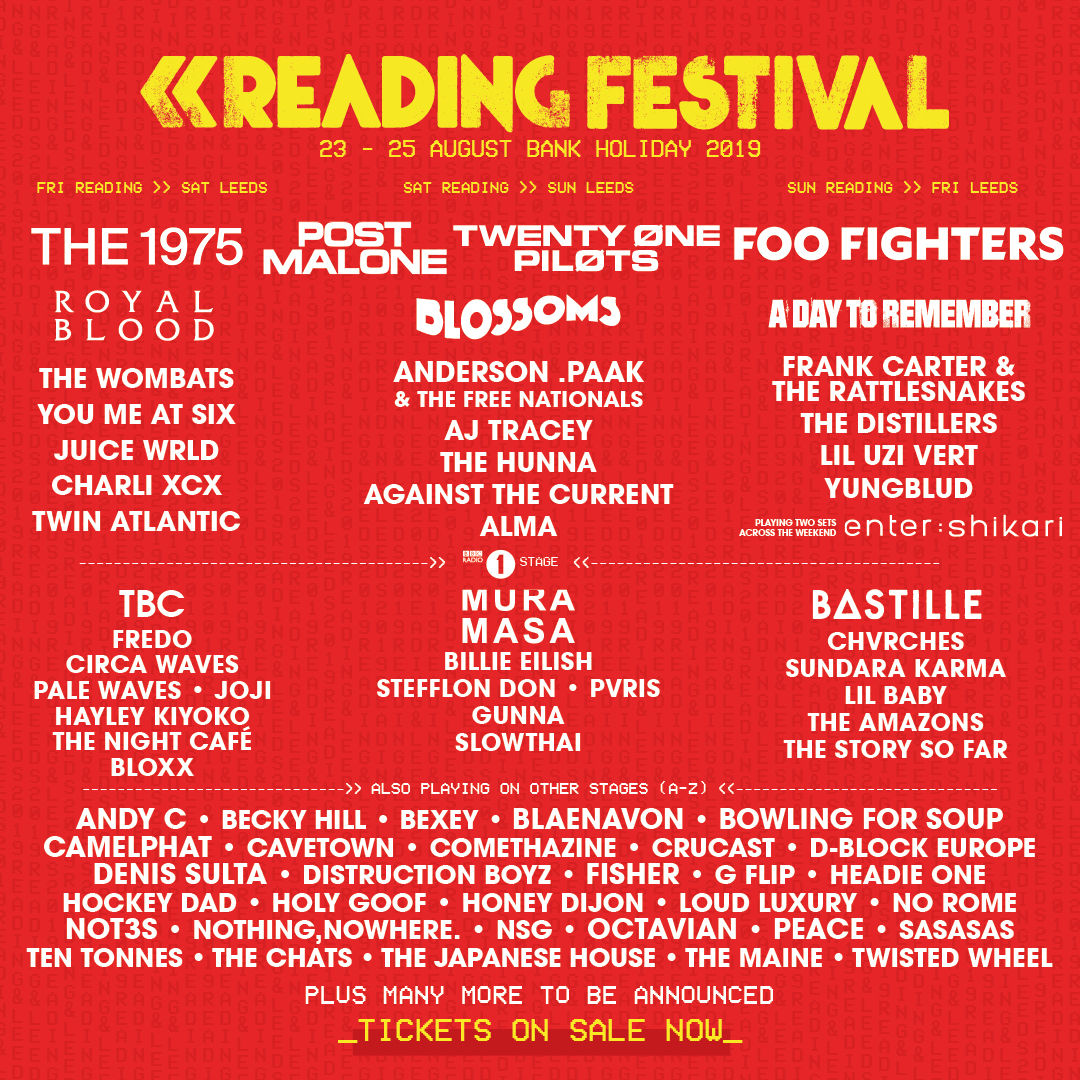 Now you’ve done that, let’s stop pretending like you’re not going to click the button below to buy tickets. Just do it.

Weekend, Day Tickets and Extras are all here