The Hunna show us inside their phone camera roll and more

The Hunna are no strangers to the Reading Festival stages. Why? Because their songs are all 10/10 bops and the energy is taken up to 110%. If you’re buzzing to see their set at this year’s festival, catch up with our interview with the band below.

We ask all the important questions so you don’t have to.

We realised early on when we formed that all four of us were born in the same hospital, at different times of course. That might be pretty rare for a band.

It would have to be pizza all day and night, obviously! You can switch up the style and toppings or stick with the classic marggy.

Think where’s the stage?! We’re always excited to see where in the festival we are playing & then probably what’s the bar saying…

It happens to be the updated tour flyer for our upcoming UK & Europe tour. It’s been a long time since we’ve been on tour and we’re so stoked to get back out there and give back to fans as they have been through thick and thin with us, so it’s a time to have fun and rock out ‘ard! 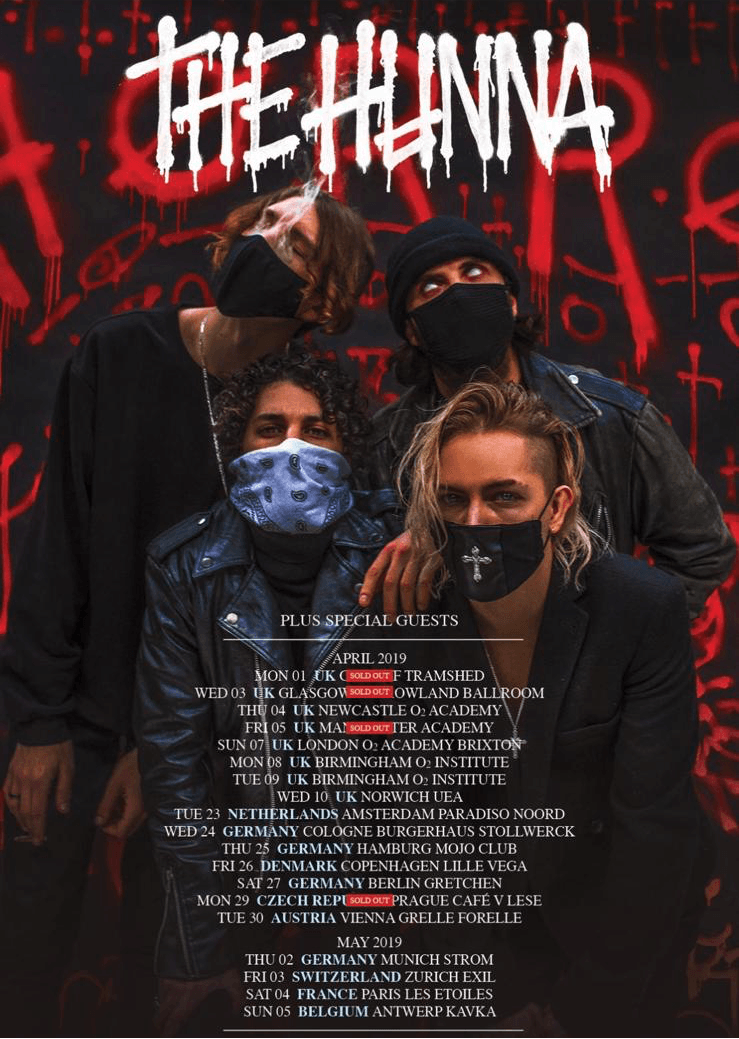 A Ferrari, and more importantly to have a successful career with the squad.

We always lose each other on the street or at a show/party, could be anywhere really so we always end up saying, ‘where are the boys?’

Leaving personal bags on a tour bus makes me stressed out!

As you can see Tino is the ice cream man! We were wandering around Summer Session festival in Glasgow & asked the dude if we could jump in and get him to serve us a cone with just a flake, bar out man.

‘My Hero’ by the Foo Fighters all day bro!

Just a van will do! Got your seats, table for drinks and a roof to skank on.

Because that’s the bottom line and Stone Cold said so.

The Hunna smash up the Main Stage on Saturday at this year’s Reading Fest.

GET YOUR TICKETS NOW!