We’ve already dropped some comedy names for you today but we’re not stopping there. Think of it as your early Easter treat, you’re welcome.

Kicking off proceedings, Linkin Park’s founding member, Mike Shinoda will play exclusive festival sets at Reading and Leeds this summer. Playing from his ‘Post Traumatic’ EP released earlier this year, fans can expect a mixture of material new and old in one of the most important moments in music this year, as Mike takes to the stage following the passing of his Linkin Park bandmate, Chester Bennington.

Loving our new names will be easy… that’s why we’ve added Rex Orange County to the line up, he’s known for making alternative pop that weaves together the epic fantasy of teenage love with the mundane reality of life.

Maryland’s most exciting export, the artful and hypnotic Maggie Rogers is also added to the bill today. She’ll be joining the likes of Sydney-based rock band DMA’S and Sam Fender, who mixes gritty vocals with world class production.

Leeds-rockers Dinosaur Pile-Up are also added into the mix today, they’ll pump out a triumphant hometown set as well as one down south, with the likes of hardcore punk outfit Blood Youth, King Nun, Bloxx and more all ready to up the ante with our host of British rock acts announced today.

If you thought we were stopping there, you’re wrong. Canadian rock heroes Death From Above will be on hand to represent this year, whilst Scandi garage rock outfit, Royal Republic also join our global line up. The most exciting alternative outfit from Bologna in recent years, Husky Loops are also signed up; as well as Australian alt-rockers Chase Atlantic, Nashville indie-poppers Coin, Utah’s noughties rock legends The Used and St Albans pop-punk band, Trash Boat. PHEW!

Things are really heating up and we’re still going strong. Keep on your jacket, Big Shaq will be opening the Main Stage at Reading Festival only. Elsewhere, Lady Leshurr – London rapper, singer and producer extraordinaire – makes her return to Reading and Leeds.

Croydon’s latest R&B export, Hardy Caprio, joins to showcase his talents, while Yxng Bane – who was shortlisted on almost every ‘one to watch’ list for 2018 brings his streaming smash hit, ‘Rihanna’ and more.

All these names and more join our already epic line up of music and comedy. View the full line up so far below. 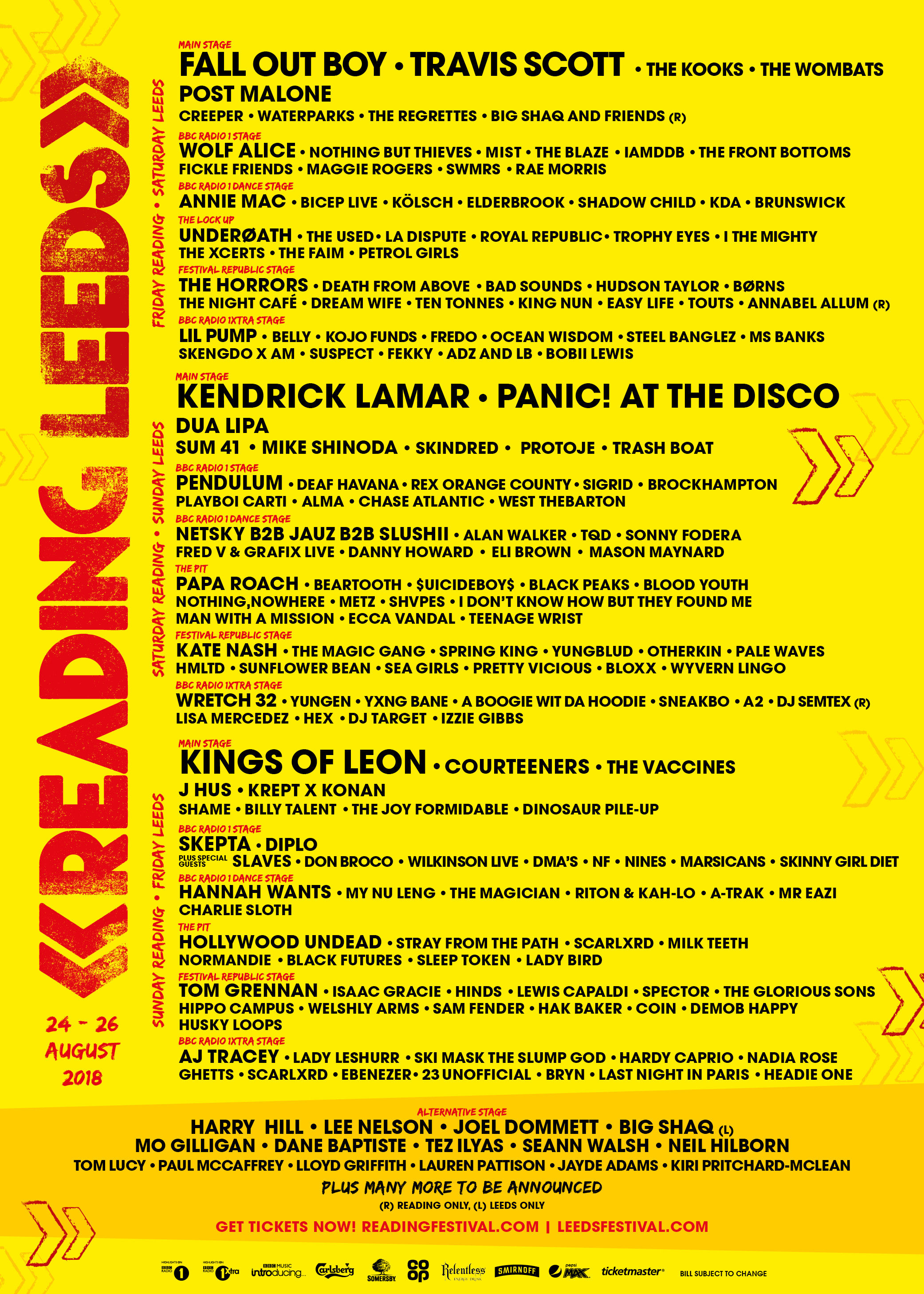 Like what you see? It’s time to get your tickets in the bag right now.