9 times Dave Grohl was the hero we always needed

Listen, we already know Dave is one of the nicest guys in the world of rock, but we’re not sure you quite understand the extent of it. We’re counting down 11 moments that will open your eyes to the hero that Dave really is, you could say he’s… ‘My Hero’.

Ok, so cooking on a BBQ might not seem like that much of a big deal, but it is when Dave’s cooking for the firefighters who’d been tirelessly tackling the huge blazes in Southern California. If you need a pro-tip, Dave says don’t overseason your meat.

Not content with cooking up a storm for the fire crew, Dave also gave up his time just two days before Christmas to cook at a food bank for 36 hours. We stand a legend. 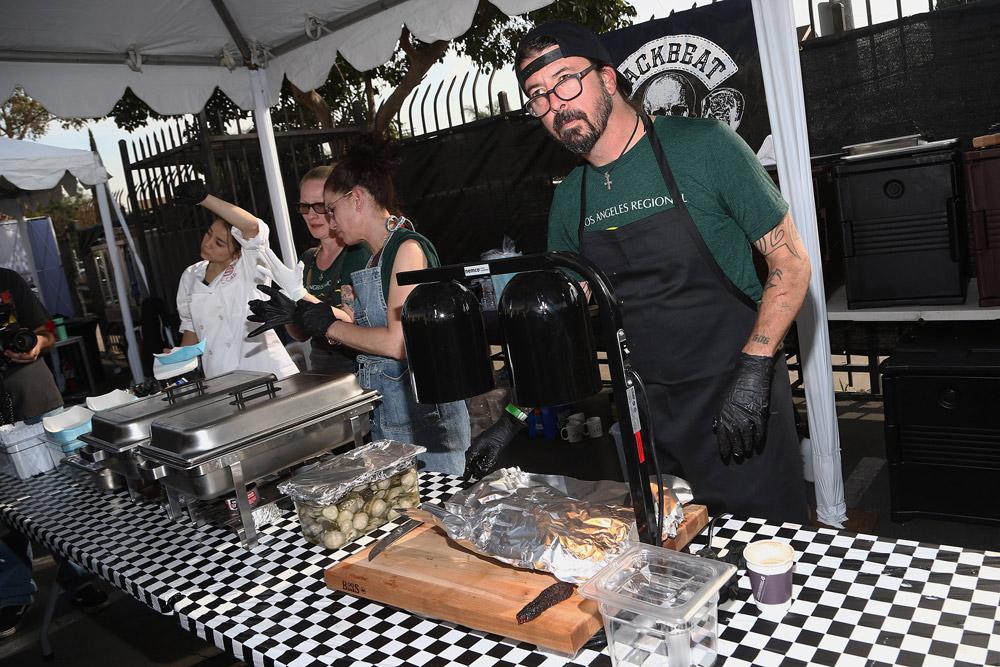 Some of you might have Animal on the top of your favourite drummer list, but did you really think Dave would take it easy on him. This is one of the best clips on the internet, fight us if you don’t agree.

The band’s seventh studio album ‘Wasting Light’ was recorded entirely in Dave’s garage, so what better way to show their appreciation to a handful of fans than to play in theirs?

We’d clear all the gym equipment we don’t use out of ours if it meant we got a private gig tbh.

Just another throwback to the time he invited 10-year-old Collier up on stage with him in Kansas City. Some rock stars might throw a plectrum, others might give a fan at the front a wave. No, Dave invites them on stage to rock out with them. Kudos to this kid, he’s got some stage swagger.

Throwback to Foo Fighters’ iTunes Festival show in London all the way back in 2011, Dave stopped their performance of ‘Skin and Bones’ to stop a fight that was happening in the audience. “You don’t come to my show to fight, you come to my show to f***ing dance!” We may as well call them the Foo Dancers now.

He Gifts Fans with More Than Music

We’re not saying that their music isn’t enough, but it’s even better getting a piece of FF memorabilia. When the band were in Australia, Dave read a fans’ sign that said ‘drum stick for a blind guy plz’. Of course Dave gave him the drumstick!

After playing at Reading Fest, Dave ran into a girl with Cerebral Palsy after their set. She’d recently sent him a video of her dancing to their music and Dave, being the ultimate legend he is – remembered her and spent over 20 minutes talking to her. At a show a few weeks later, he recognised her AGAIN and invited her to a video shoot the band were doing the following day.

We’re all familiar with the infamous leg breaking incident that happened to Dave, but it takes a true legend to be able to laugh at themselves. In Sweden, the band hired a Dave lookalike to launch himself off the stage and fool the crowd.

He Returns to Reading Festival This Summer To Blow Our Minds

Foo Fighters return to our mightly fields this summer to headline for the fourth time! You’ll be treated to a three-hour-plus rock marathon with hits spanning their massive catalogue. You’re not going to want to miss this.

Want to be near the front? Get those tickets in your bag, there’s no excuse really… come for the whole weekend, a day, or pay by Instalment Plan. Simple.