It’s not just music that’s available at this year’s Reading and Leeds. If you head over to our Alternative Stage you’ll find the best comedy sets that are guaranteed to leave you lolling the hours away.

In our first wave of funny acts, prepare yourselves for side splitting belly laughs as we welcome TV star, comedian and one of the most recognisable faces in the country, Harry Hill. He’ll be bringing his wacky, surreal stand-up to the Alternative Stage this year.

‘Man’s Not Hot’ rapper, comedy star and all round legend, Big Shaq will be making a very special comedy appearance at Leeds Festival only. Skrrat, skidi-kat-kat.

If that’s not enough to scratch your comedy itch, we’ve got more. Having appeared in E4’s ‘Skins’ and 2016’s ‘I’m A Celebrity Get Me Out Of Here’, Joel Dommett heads back to Reading and Leeds.

Sometimes, the best comedy is the simplest and you won’t realise just how hilarious your morning routine is until you hear Seann Walsh’s musings. He’s back and ready to take on the Alternative Stage crowds this year.

Got room for a coupla cans? Social media star Mo Gilligan aka Mo the Comedian also brings his quick wit and fast-paced comedy to this year’s festivals. ‘King of the Council Estate’ Lee Nelson will also take to the stage, the serious joker is guaranteed to have you in stitches.

We’ll also have the most exciting rising comedy stars: The Sun’s Best New comedian winner Tom Lucy will be there, plus the fresh and fierce stand-up star, Lauren Pattinson.

All these names plus more join our previously announced headliners Kendrick Lamar, Panic! At The Disco, Kings of Leon and Fall Out Boy. 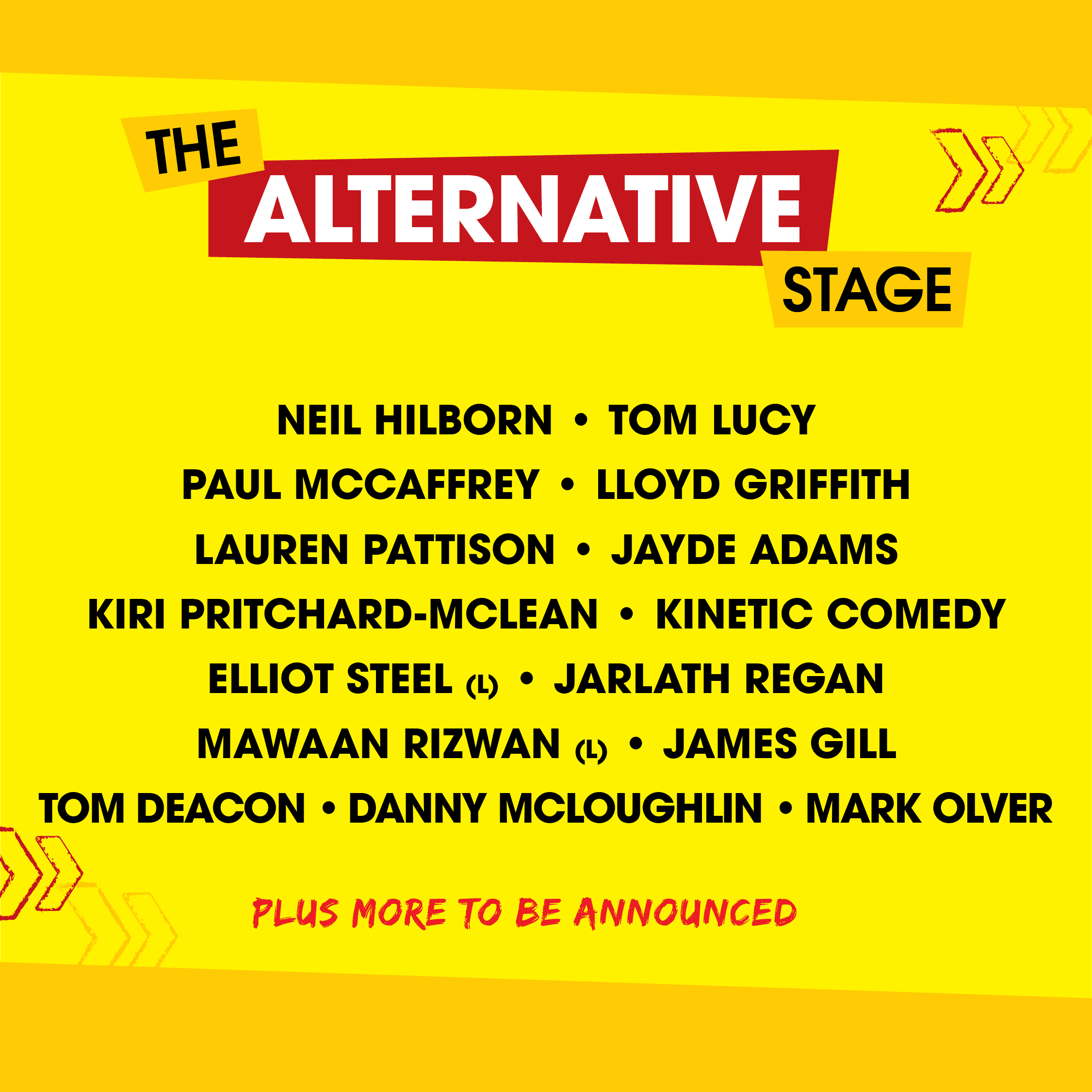 To see the full line up so far, click here.