‘And look forward to a brighter future’ Interview with: Fontaines D.C.

Reading and Leeds may have been cancelled but we’ve managed to catch up with Irish post-punk heroes Fontaines D.C. to cure those festival blues. Fresh from the release of their incredible UK number 2 album ‘A Hero’s Death’, the band lift the lid on recording with Dan Carey, reveal their favourite tunes from the record and pick their dream Reading and Leeds festival headliners.

If that wasn’t enough to whet your appetite, band members Deego and Curley have also curated playlists that you can now check out on Spotify. ‘Ave a butch here!

Congratulations on the release of ‘A Hero’s Death’! How have the past couple of weeks been for you?

Carlos: Personally they’ve been quite relaxing and exhilarating at the same time. It’s interesting watching the album take flight from afar. We’ll catch up with it soon I hope.

How would you describe ‘A Hero’s Death’ to anyone who hasn’t heard it yet?

Carlos: Rock & Roll, Optimism & Escapism. Sort of like a fire-escape in a sunny New York city in 1975.

How different was the process of making this album in comparison to your debut ‘Dogrel’?

Carlos: The second-half of the writing (the part when ideas turn into reality) was quite similar, in the sense that it took place in the same room and during the summertime. But the birth of the ideas was a polar opposite. This time round the ideas caught us when we’d no sense of place, and an increasing sense of detachment from ourselves and each other.

Dogrel was rooted in one place (no need to mention where anymore), and our sense of self was as strong as Poitín.

The recording that made the record – a second attempt – was close enough to the first one. Produced by Dan Carey, in an environment that brought back the pungency of the old days.

There is a marked change in sound on ‘A Hero’s Death’ in comparison to ‘Dogrel’ – was this a conscious decision or a natural progression?

Carlos: It was conscious in the sense that we allowed for nature to run its course; that is a thought-out as it would be to fight against it.

I don’t think one can purposefully say they didn’t have involvement with the actions of their work. It was both natural & necessary for our survival as artists.

We saw that you left L.A. to record the album with long time collaborator Dan Carey. What was the reasoning behind this change and what sets Dan apart from other producers?

Carlos: Dan Carey has a unique capability to hear the magic ingredient in any band, that that is abstract and spiritual. What’s even more, he’s able to make quite a convincing sonic representation of this. What’s behind the music, the space in between it; he’s able to create a glue between the five of us in a studio environment.

He recognises that there’s no such thing as perfection in the representation of reality. In that way, the only thing one can do is to try capture a moment in time as precisely as possible, and avoid any sort of contamination to spoil what actually happened at that given moment.

You were due to play Reading and Leeds this summer, which would have been an incredible spectacle. How are you coping with the absence of live music?

Carlos: Absence is something one can find beauty within, there’s a beautiful Seamus Heaney poem called Sunlight which captures the beauty in it perfectly. I’m leaning on such narrative and trying to focus on living through the time we are in as passionately as I would have, had we been on the road this summer. 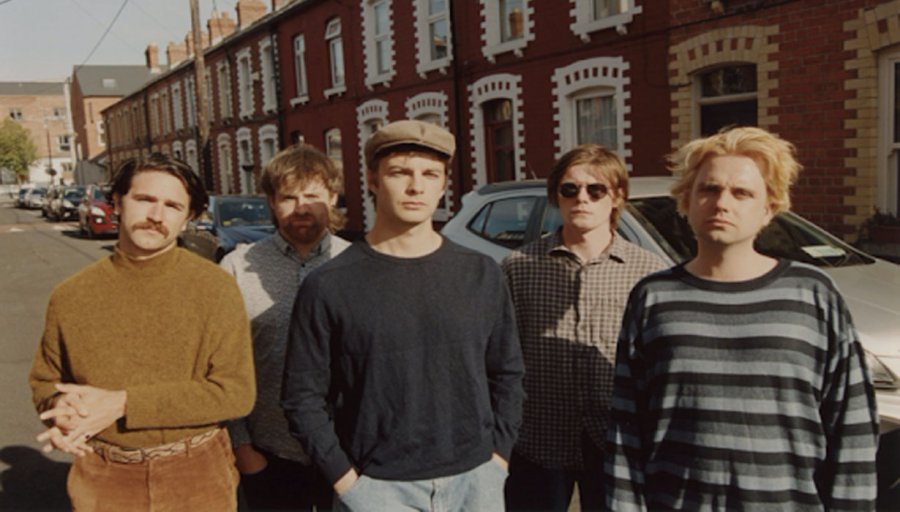 The Reading and Leeds audience have some questions for you too!

Do you have a standout gig/festival that you have played so far?

Gig: Our show at Bataclan in Paris last November.

If you could go to any one gig in history what would it be?

Carlos: I’ve difficulty with making such great decisions.. Today I’m gonna say The Clash’s first ever show. They’re songwriting is genius in my eyes, I would’ve loved to see the raw passion, conviction and nerves of a first show by them.

Where did the title ‘A Hero’s Death’ come from?

Carlos: The Play The Hostage by Brendan Behan

What books have you been reading this year?

Carlos: I’ve gone through some of Leonard Cohen’s The Flame, The Unbearable Lightness of Being by Kundera, La Casa de Bernarda Alba by Lorca, some Billy Childish, Nightboat to Tangier & some other short stories by Kevin Barry… The Outsider by Camus..

I’m now reading a book called the Secret History by Donna Tart which I’m quite entertained and enthralled by.

How long did it take you to write and record the album?

Carlos: We had about 30 days off in total last summer, that was the bulk of the writing. Some work was done sporadically over the months before. The recording & mixing took 13 days.

What’s your favourite album of all time?

Carlos: Again.. big decisions to be made. My most listened to is Leonard Cohen’s debut.

Who would you love to see headline Reading and Leeds Festival (from either the past or present)?

If you could give one piece of advice to the Reading and Leeds audience, what would it be?

Carlos: Advice for an entire audience…? Know what fills your heart with joy & purpose and let go of the rest. Everything that’s not it is easily magnified and gets in the way of the things life is made of. 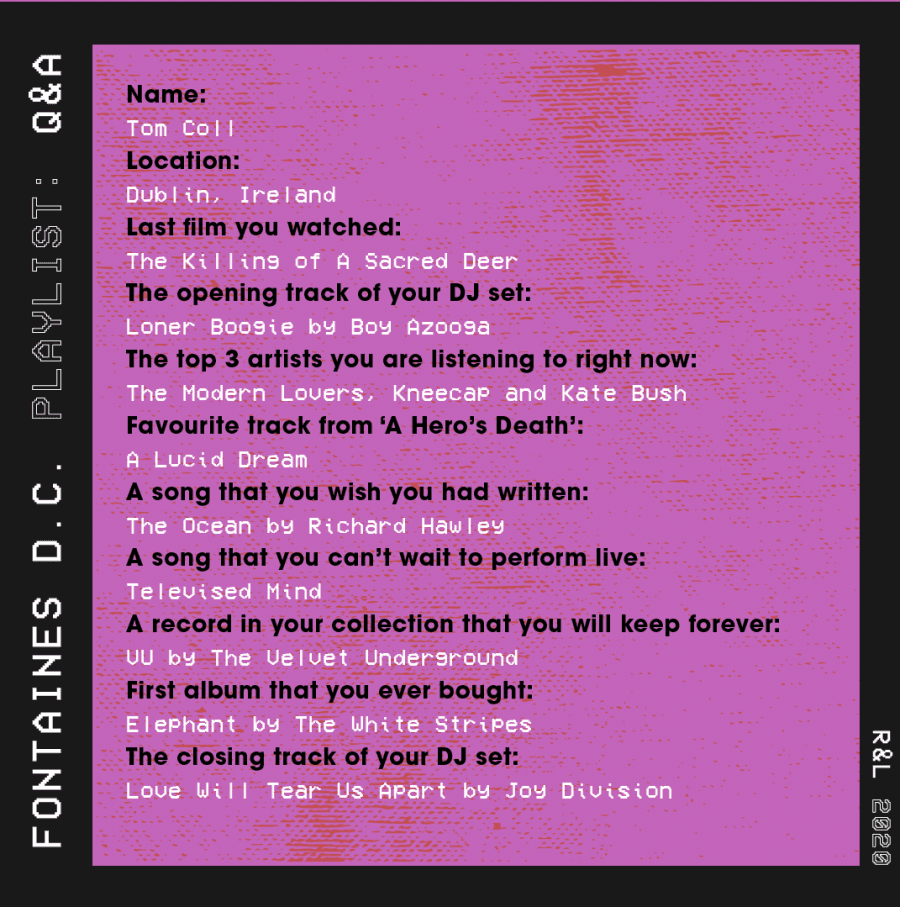 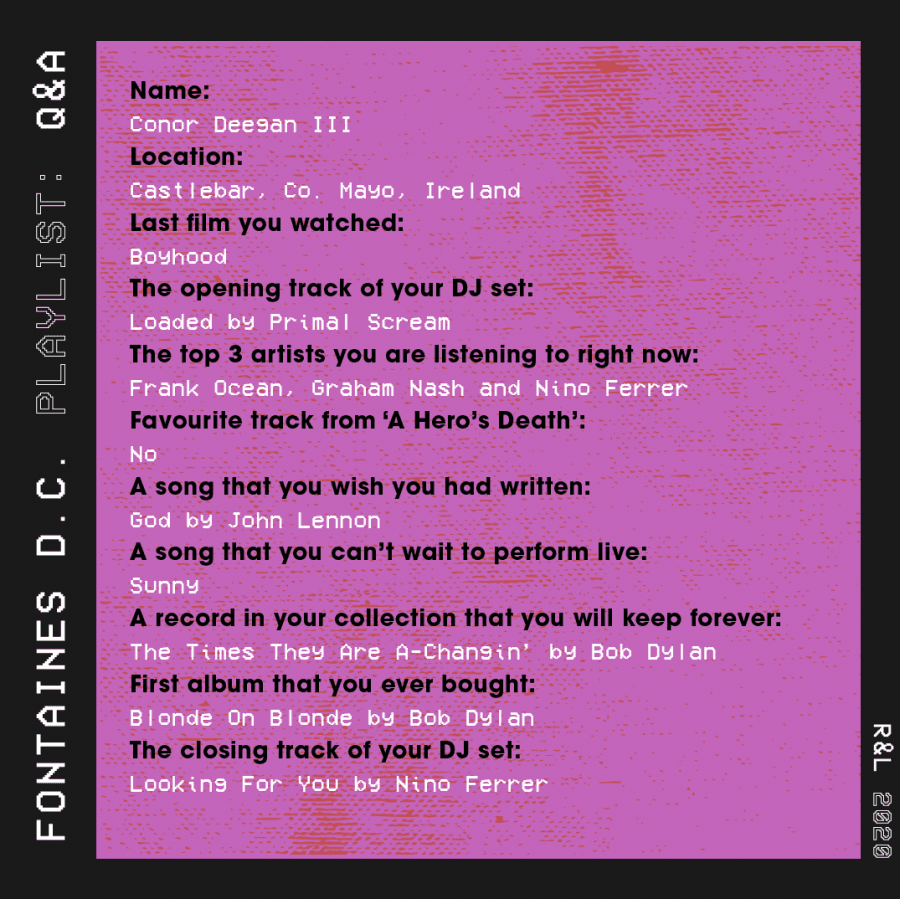