Rockstar and cheeky chappy YUNGBLUD took to the Main Stage this afternoon with a set brimming with high-energy, grit and theatre.

Northerner YUNGBLUD’s alt-rock hit tracks are influenced by hip-hop and grime, which gave us the perfect combo of poetic lyrics with breakbeats behind them. Socially conscious Dominic Richard Harrison cites Bob Dylan, Arctic Monkeys and Eminem as some of this influences, and it was clear it was a dream come true for him to be partying with all his fans in the afternoon sun at Sunday’s Reading Festival. 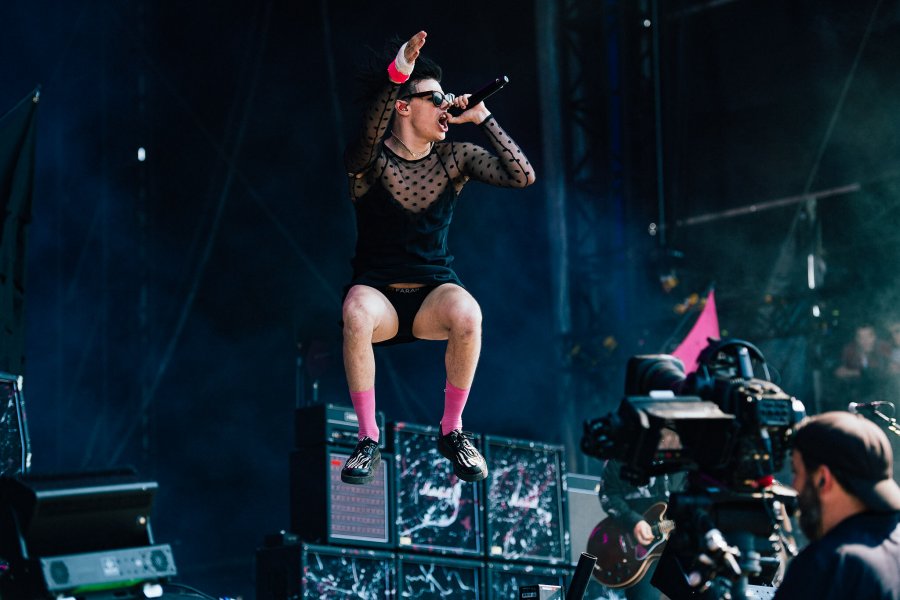 The crowd eagerly awaited to hear crowd-favourite head-banging tracks like ‘21st Century Liability’, ‘Anarchist’ and latest hit ‘Hope For The Underrated Youth.’ YUNGBLUD got everyone hyped, sparking off mosh pits all over the Main Stage crowd. He even brought out special guest and friend Machine Gun Kelly for a special performance of banger ‘I Think I’m OKAY.’

The closing track was absolute bop ‘Machine Gun’, with YUNGBLUD getting fully involved with his fans as the crowd held him up in the front row. YUNGBLUD certainly put on a show and left us screaming for more.