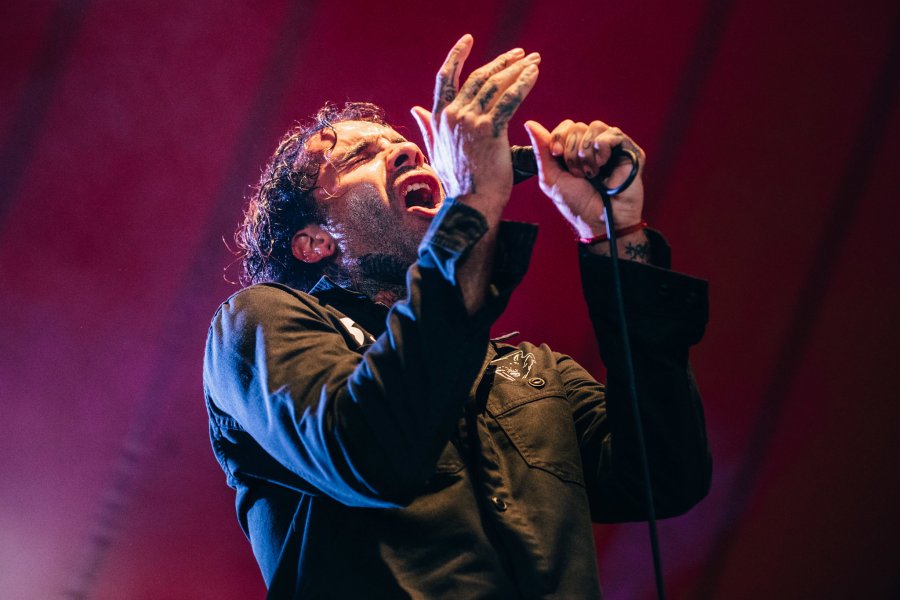 The Fever 333 bring carnage to The Pit Stage

There’s something raw and exciting about California-based hardcore band The Fever 333. It could be the fact they only formed early last year and already have a stage presence that many bands can only dream of. It could also be their first show was an impromptu pop up out of the back of a U-Haul truck, or that they’re formed from the ashes of one of the most exciting hardcore bands in recent memory, ‪Letlive‬.

Whatever the reason, The Fever 333 are a special band and they prove it here today on The Pit Stage. Leaping around the stage, frontman Jason Butler is a man possessed.

Screeching around the stage with the ambition of Rage Against The Machine crossed with the raw power of At The Drive In, the band showcase songs from their recent EP ‘Made In America’ and an as yet untitled album. 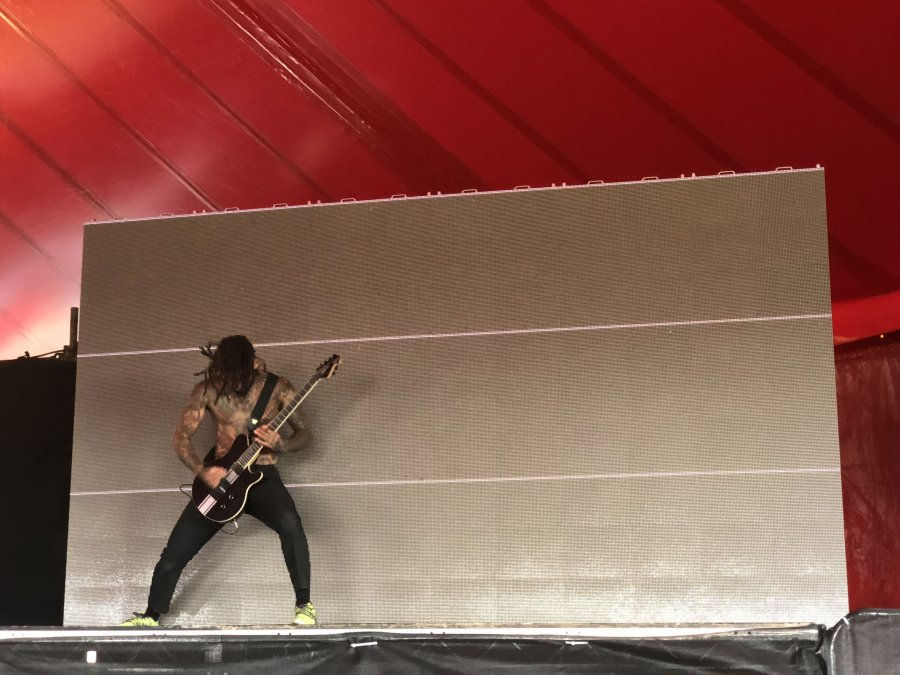 The Fever 333 clambering all over The Pit Stage

The sheer passion and energy persists throughout the set and captivates throughout, turning the most casual bystander into an ardent fan, especially as their bassist makes a dash for the back of the tent via the crowd.

Towards the end of the set, whilst stripping off and beatboxing, Butler remarks, “we all feel the same if we remember these moments.”

It’s clear whoever has seen The Fever 333 today will remember this moment for a long time to come. 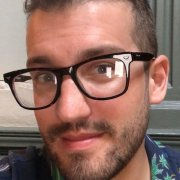