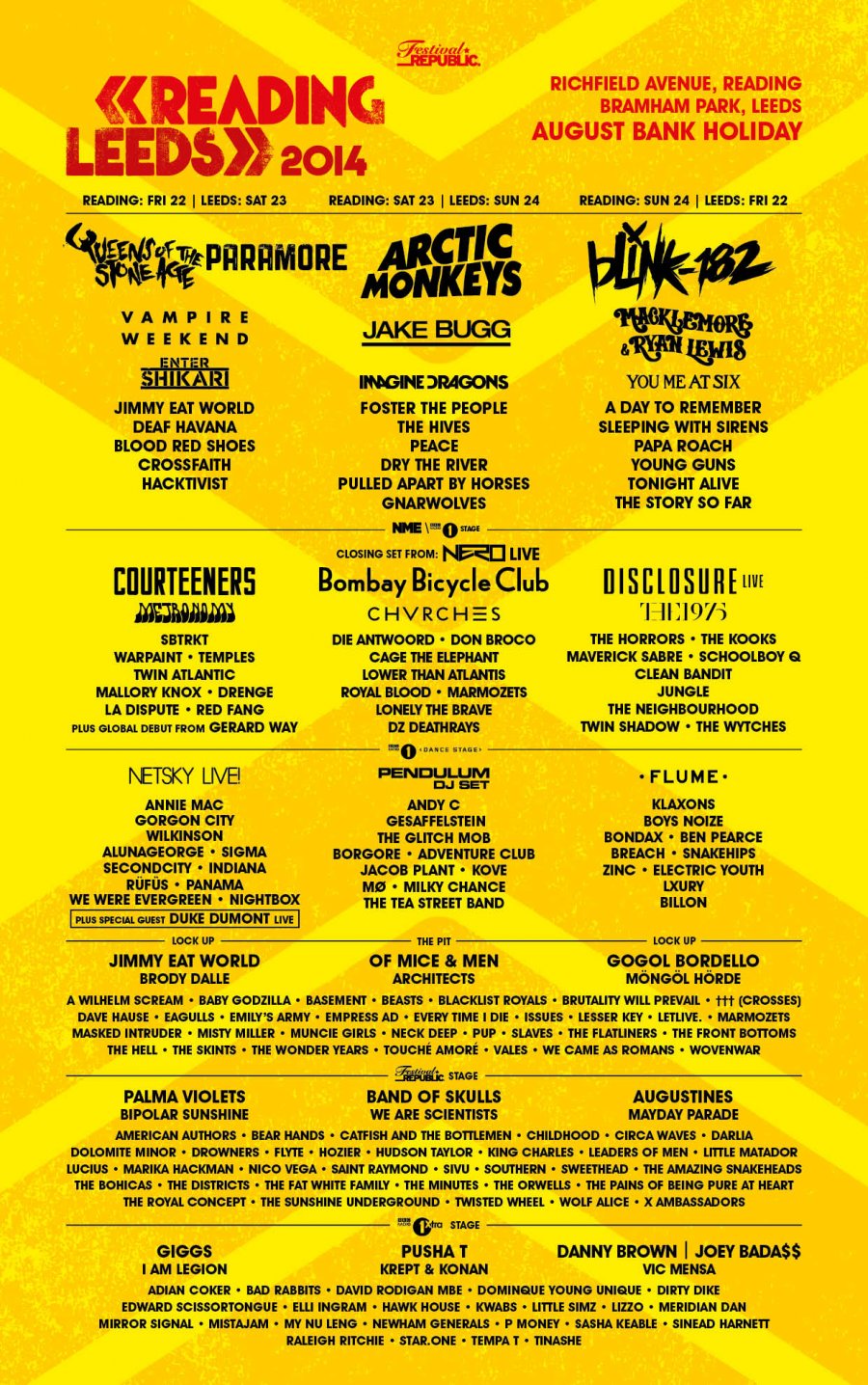 The Main Stage Friday was headlined by Queens Of The Stone Age proving that they were worthy of closing the day with Paramore back again in a joint headlining slot (this was reversed for Leeds with Paramore closing the show). The Main Stage had a definite rock and metal feel for the majority of the day, with the opening slot from Hacktivist kicking up a rap metal storm and Crossfaith proving that they can command any massive stage and that Japanese rock bands were a force to be reckoned with. Elsewhere, Gerard Way played his solo debut festival show, Jimmy Eat World played on the Main Stage and on the Lock Up Stage, The Courteeners continued their rise to legendary status and The Skints continued their rise up the festival line up on the Lock Up stage, proving that dub & reggae crossed boundaries with all types of rock, punk & metal fans.

On Saturday the Main Stage was opened by Gnarwolves – a band to watch out for who are receiving critical acclaim from all directions, followed by Pulled Apart By Horses, a band that have played most of the big festivals and were really in awe of following in the footsteps of where some of their heroes had performed. Imagine Dragons and Jake Bugg had both made the move from the tents in previous years and drew massive crowds on a sunny afternoon and a balmy dry evening. Both had successful years since their last Reading appearances in 2013 and Imagine Dragons proved to be extremely popular.

The NME/Radio 1 Stage had a formidable opening salvo with DZ Deathrays, Lonely The Brave, Marmozets and the soon to be chart-topping stars Royal Blood all playing in a row, keeping the tent packed to the rafters from early on. This amazing line up continued with crowd-pleasing sets from Lower Than Atlantis and culminating with a headline set from indie favourites Bombay Bicycle Club.

The Main Stage was closed by Arctic Monkeys and a set that pulled tracks from all five of their albums. The Lock Up Stage was put to rest for the night by Of Mice & Men, a band that now have made the move from small & sweaty clubs to arena shows and are improving each year.

The majority of the line up on the Main Stage on Sunday was a punk pop fans dream. From A Story So Far opening proceedings to Australia’s finest female fronted band Tonight Alive, followed by such champions of the genre as A Day To Remember and Sleeping With Sirens, there were a lot of great American bands on offer; including a crowd-pleasing set from Papa Roach and Macklemore & Ryan Lewis, fresh from an incredibly successful year and a Reading Festival debut.

The rest of Sunday was the usual mix of music and styles across the site, with a full tent for the electro styling of Klaxons and a massively overflowing NME/ Radio 1 Stage for the return of The Kooks. Elsewhere over the bill Möngöl Hörde, The Horrors, Maverick Sabre and Clean Bandit all gave well-received sets.

So that was it, all over again for another year. It has now become a yearly pilgrimage for many avid music fans. It is always a sad time when the final chime from the guitars, this time of Blink 182 and the powerhouse drumming of Travis Barker are finally laid to rest on the Main Stage.