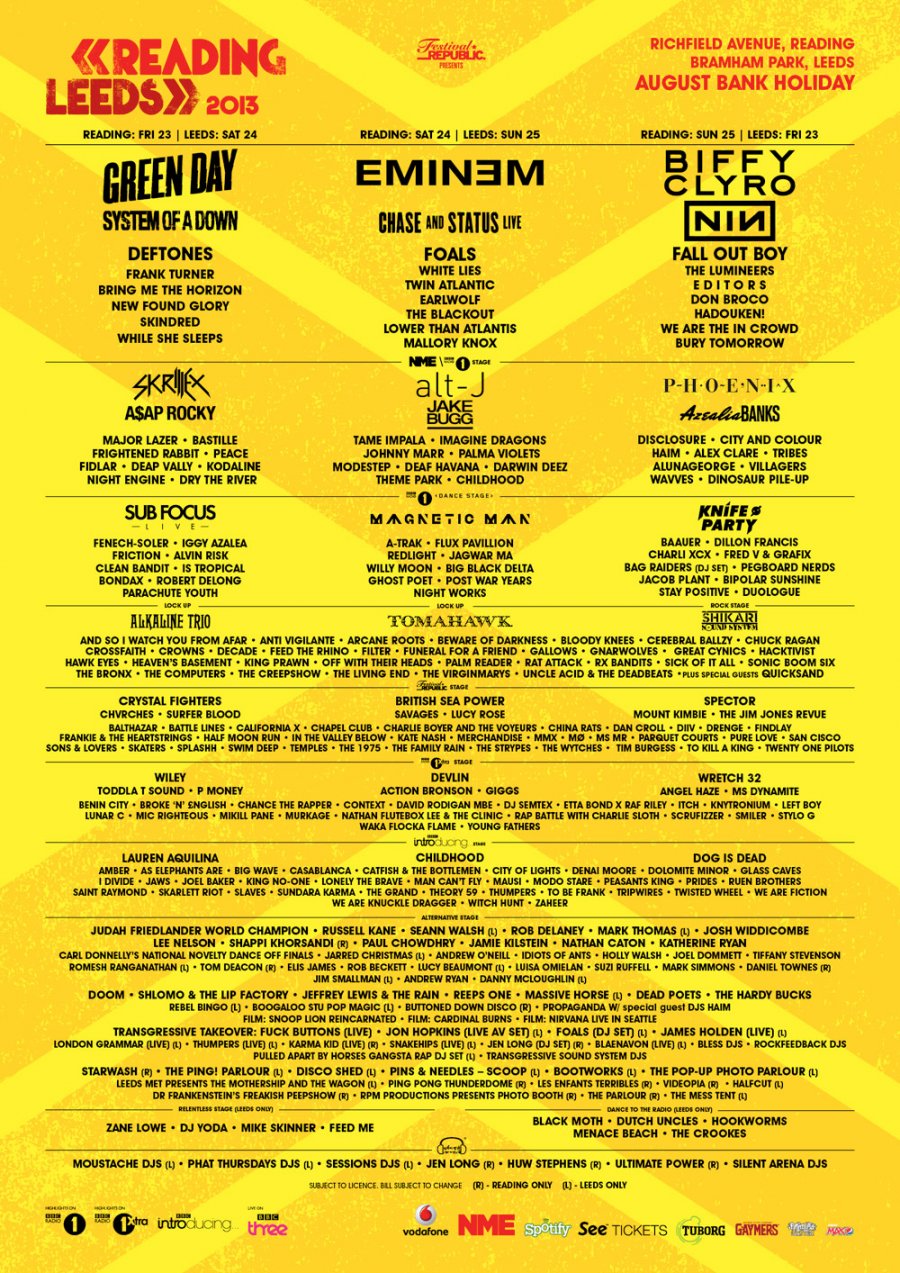 “Arguably the summer’s finest line up with the likes of Biffy Clyro, Green Day and Eminem backed up by Nine Inch Nails, System of a Down and Chase & Status”

“Featuring some truly great indie, intriguing hip-hop artists and curveball headliners; there’s a real sense of variety on the bill this year”

After the ‘secret set’ (that everyone seemed to know about) from the previous year, Green Day were back to destroy the Main Stage for the 4th time on Friday and their second time in the headline position. With a supporting cast of Bring Me The Horizon, New Found Glory, System Of A Down and everyones regular festival favourite Frank Turner, it was an amazing first day.

Main Stage on the second day saw the return of Eminem, who put in a much anticipated set of hits and more. Chase and Status proved their worth as the new dance/rock crossover band, who would give the Prodigy a run for their money. Twin Atlantic made their Main Stage debut and Foals showed how popular they really had become, playing in the third place spot.

Sunday was like a homecoming for Biffy Clyro who through determination, skill and an amazingly detailed and vast back catalogue had gradually climbed the line up to now top the festival and close it – and they closed it in style. Mentioned everywhere as the best band of the weekend and a highlight of Reading for years to come they owned the festival, ‘Mon the Biff’.

On other stages we had a ‘dub-step’ master class from Skrillex, headlining the NME Radio 1 tent on the Friday; Alt-J after winning the Mercury Music Prize headlined the Saturday & P-H-O-E-N-I-X closed the stage on the Sunday. The stage also included memorable performances from Bastille, Vegas legends Imagine Dragons and Jake Bugg, all drawing massive crowds.

Another festival drew quickly to an end with the arena covered in Biffy’s confetti streamers and everyone leaving, knowing that in Biffy’s set they had seen a band come of age; nothing was going to stop them now.