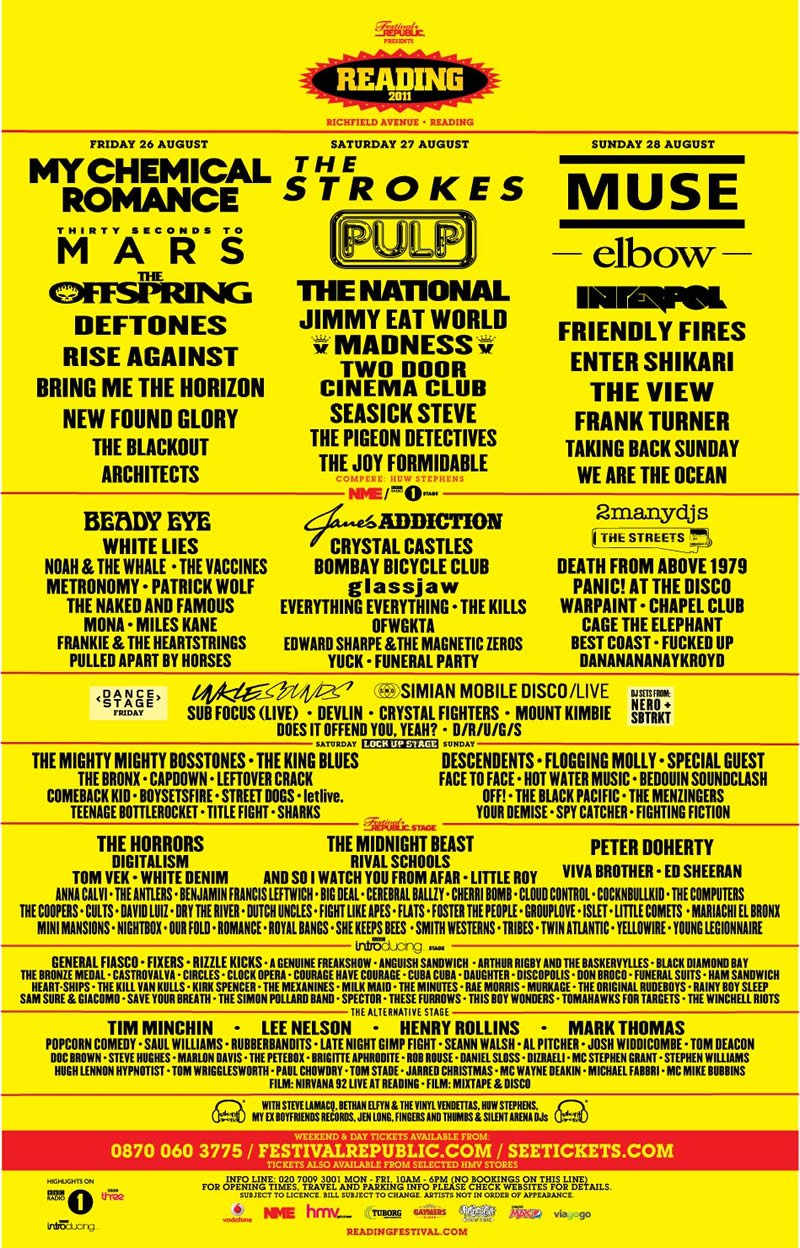 “I honestly think it’s the best festival in the world”

Chris Wolstenholme from Muse on Reading and Leeds Festival.

“My favourite festival’s Reading – it’s always an adventure and every year is different. You need a strong stomach though – one year I witnessed people urinating into guitars.”

“It has a very special place in my heart.”

Another year, another amazing line up.

Friday’s bill was a who’s who in ‘relevant rock’, many of the bands such as Bring Me The Horizon, Architects and Rise Against going on to greater status in years to come.

The festival programme was topped by My Chemical Romance, who had a very ‘special guest’ in the form of Brian May from Queen who brought the show to a momentous end. One of the last performances in the UK from MCR, it was a fitting finale to the first day from a band who would only play Leeds festival and then return sadly no more.

The rest of the line up included amazing sets by Deftones and The Offspring, both Reading stalwarts and bands who could always be depended on to deliver the goods.

Saturday’s line up featured a co-headline set from The Strokes & Pulp – a double whammy of indie goodness to end the festival, with an amazing underscore including the return of Seasick Steve and Main Stage debuts from Madness and a fantastic set from everyone’s favourite underground indie legends in the making, The National.

On other stages, Letlive proved their worth on the Lock Up and Comeback Kid gave them a run for their money.

Sunday’s attractions were topped on the Main Stage by Devon’s finest, Muse, who headlined for the second time and probably not the last. Elbow were elevated to the second spot after successfully hitting the #2 spot on the album chart 5 months before with their album ‘Build A Rocket Boys’.

A little known Ed Sheeran played the 3rd spot on the Festival Republic Stage and elsewhere on the BBC Introducing Stage we got to know Rizzle Kicks, Don Broco and Spector, all who would be known a lot more within a few years.