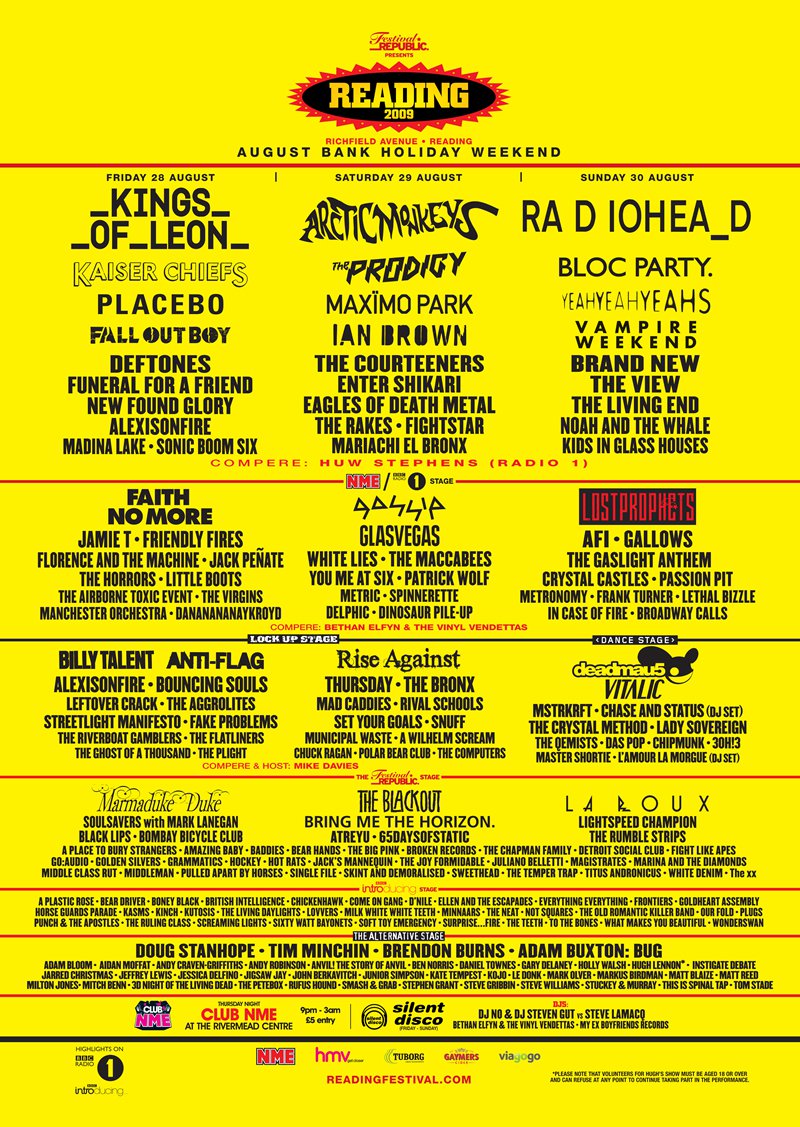 “I guess we like the big screens. It’s major fun being that big, being stared at by thousands of people!”

“I haven’t been more excited about a gig in a long time. It feels like the biggest we’ve ever done”

Every year Reading Festival grows a little older and with this musically wiser. The festival has been going, in one shape or another since its conception as a Jazz event in 1961, a time when audio was in its ‘rock n roll infancy’; before the invention of music as we know it today and the time when the festival laid down its roots as the UK’s premier indie festival..

Looking back over the line ups on the posters, who can forget the last UK appearance of Nirvana at the festival 1992? The onstage meltdown of the Stone Roses (their last show together) in 1996 or the first triumphant appearance of Metallica in 1997?

Reading Festival has and always will, lead the way in UK outdoor events of a similar ilk. Reading is a music festival designed by music fans, for music fans. When the line up was released this year there were complaints that the ‘Sunday Rock Day’ had been ditched, but if you now look at the Main Stage on Friday and the Radio One tent on Sunday, there are probably more rock & metal bands than any other year.

With this year’s festival having the debut headline appearances by Kings of Leon, Arctic Monkeys and Radiohead, I’m sure we will have some more classic performances to go down in the archives.