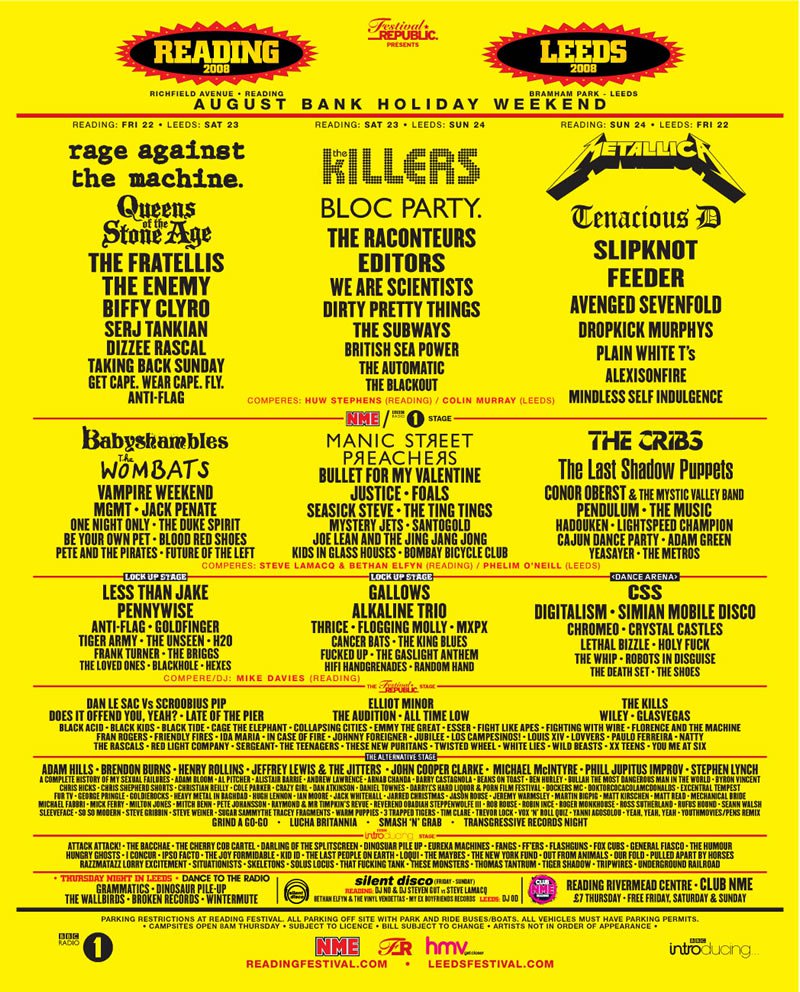 “The British ones are best. Reading’s amazing”

“To come here and have the audience react like that, especially to the new tracks is really heartwarming. We’ve been out in the States for most of this year so to come back to our original fans and to have them reacting to our songs like that is unbelievable.”

The standout moments for me from that weekend was the camaraderie in the campsite; the way that so my people with a similar taste in music could meet up for a weekend, once a year and have such great time.

The bands this year were mostly rock and metal, but for me, the stand out performance was by Hanoi Rocks, at the time, a little-known band from Finland, who put on the show of the day on Friday and gradually built a following after the gig. If they hadn’t imploded in the late 80’s they would have been as big as Guns ‘n’ Roses, who have cited them as a major influence. They are still playing today, who knows maybe they will grace one of the stages of the festival in the future? (This year is the 25th anniversary of their last performance).