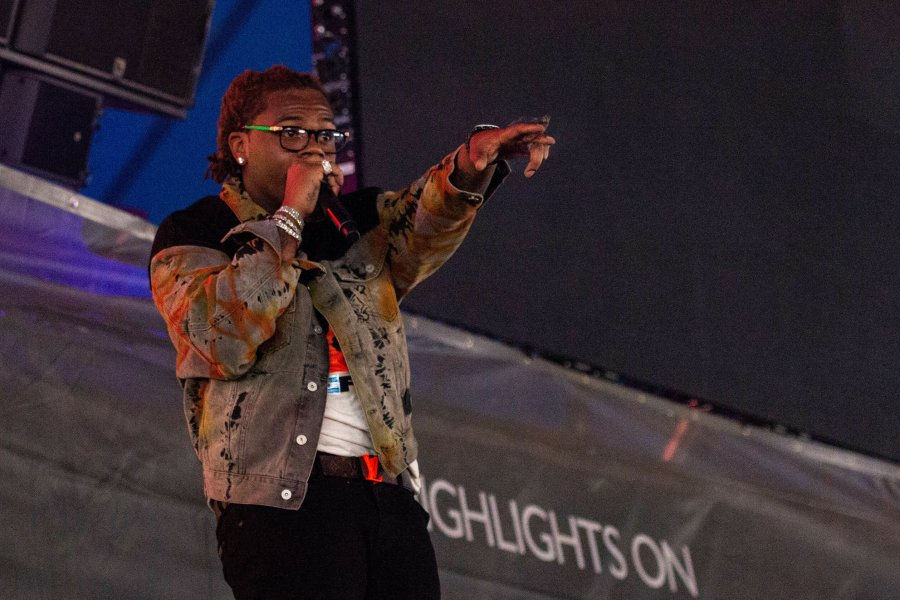 Gunna Gets The Crowd Going 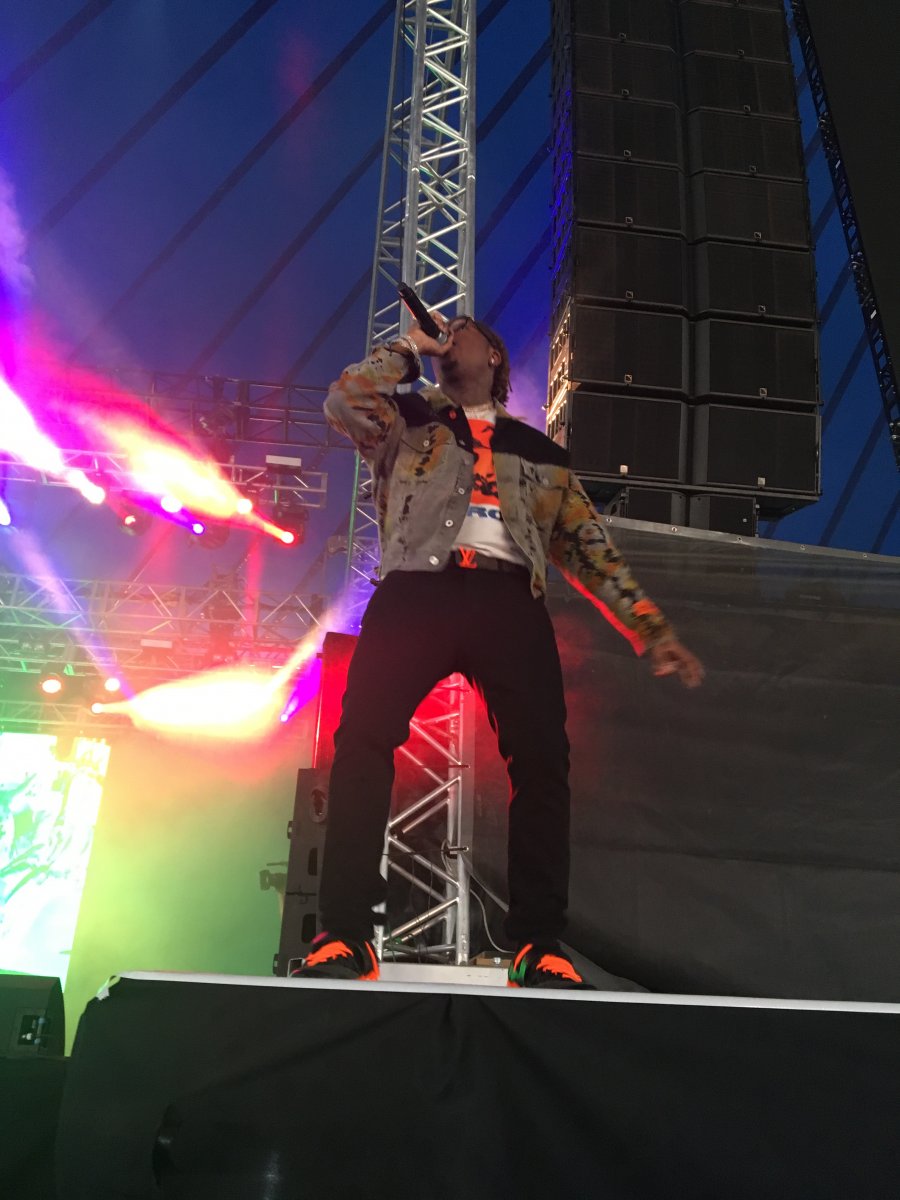 His infusion of hip hop and trap music, alongside his use of strobe lights and poetic lyrics had fans hypnotised.

The 26-year-old seemed to have never-ending reserves of energy as he bounded from one end of the stage to the other, and kept fans hydrated as he flung water into the crowd. Though we have no idea how he managed the whole set in jeans and a jacket.

Fans put their ‘twos up’ and seemed to know every single word as they sang along.

He also promoted his newest album whilst continuing to rile the crowd as he demanded them to ‘open it up’ in regard to a massive pit which emerged in the centre of the crowd.

Energy radiated out of the tent and was enjoyed by the people taking a breather on the grass. 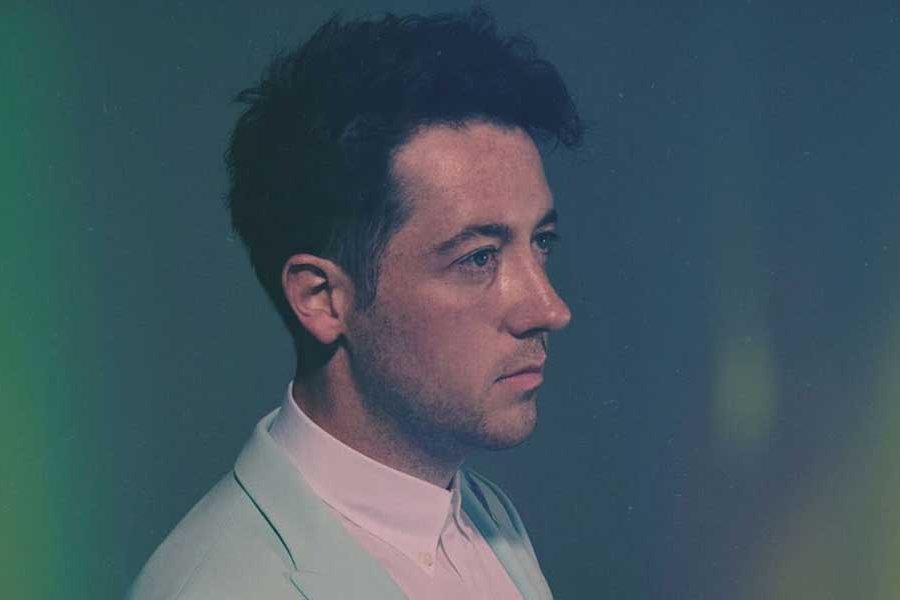 Previously playing on the Main Stage on Friday with The Wombats, Murph surprised fans with a secret set here on the BBC Introducing Stage.

The surprise was magnified today as frontman Murph revealed to fans that it was Love Fame Tragedy’s first-ever live performance, and I’m sure we can all agree they aced it. 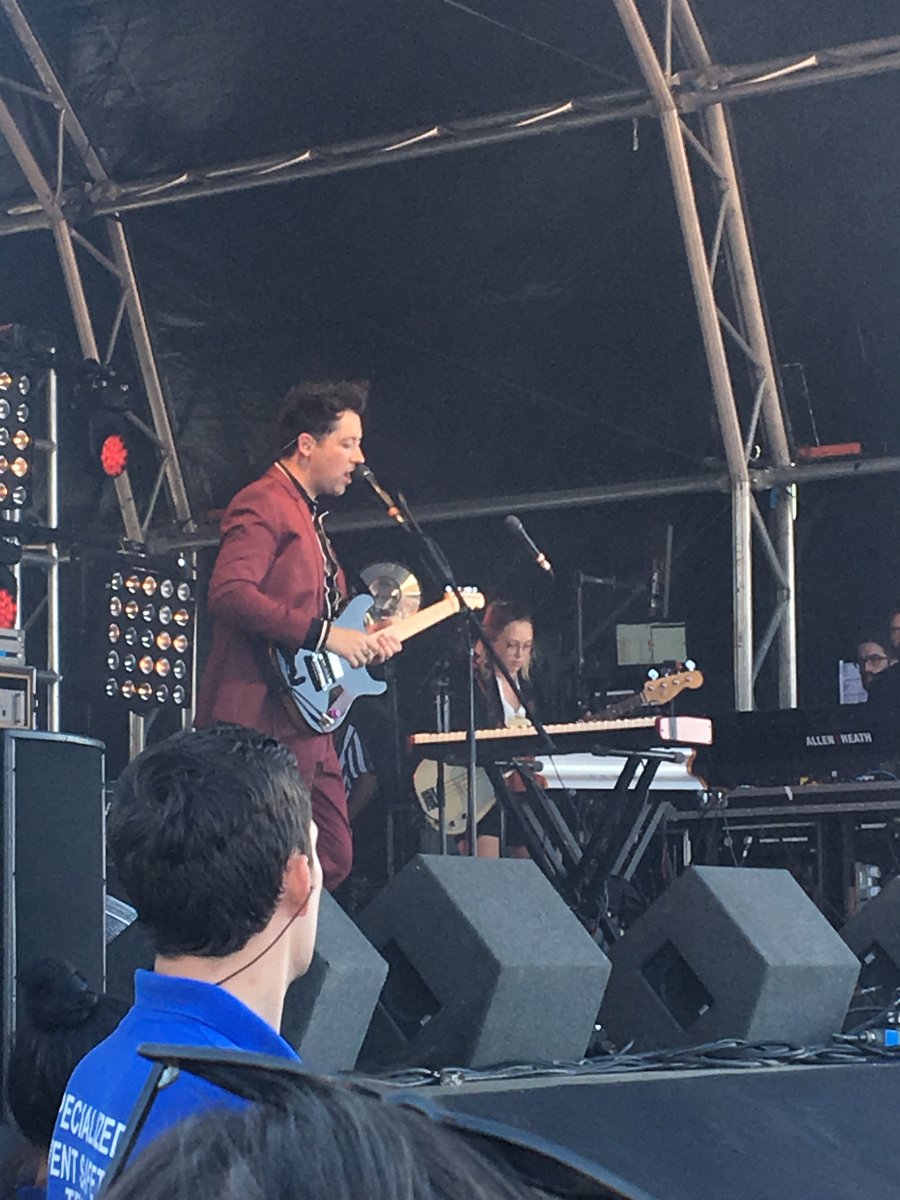 Despite some slight technical difficulties, which Murph coined the: ‘Curse of The Wombats’, didn’t stop fans from soaking up the atmosphere as the sun continued to shine.

Taking a step back from the indie rock of The Wombats, Love Fame Tragedy provided the perfect soundtrack to summer with their alternative/ indie tracks, consisting of fan favourites: ‘I don’t want to play the victim but I’m really good at it’ and ‘my cheating heart’.

Despite being relatively brand new, Love Fame Tragedy have big things on the horizon.

Aitch is in the place

Crowds crammed into the BBC 1 tent this afternoon just to catch a glimpse of 20-year-old, hip hop rap artist Aitch.

He was welcomed onto the stage with a series of chants from excited fans.

He continued to rile fans with a series of ‘olli olli olli’ demanding the response ‘oi oi oi’ from the already pumped up crowd.

The competitive spirit was in the tent today with aspirations to create the biggest pit whilst also pitting the two crowds against one another in a competition to be the loudest.

He played many crowd favourites, as fans moshed and sang along. The tent radiated with energy as he continually instructed every fan to ‘jump’.

The temperature was soaring as water was flung into the crowd, but it didn’t deter diligent fans who donned a magnitude of bucked hats. 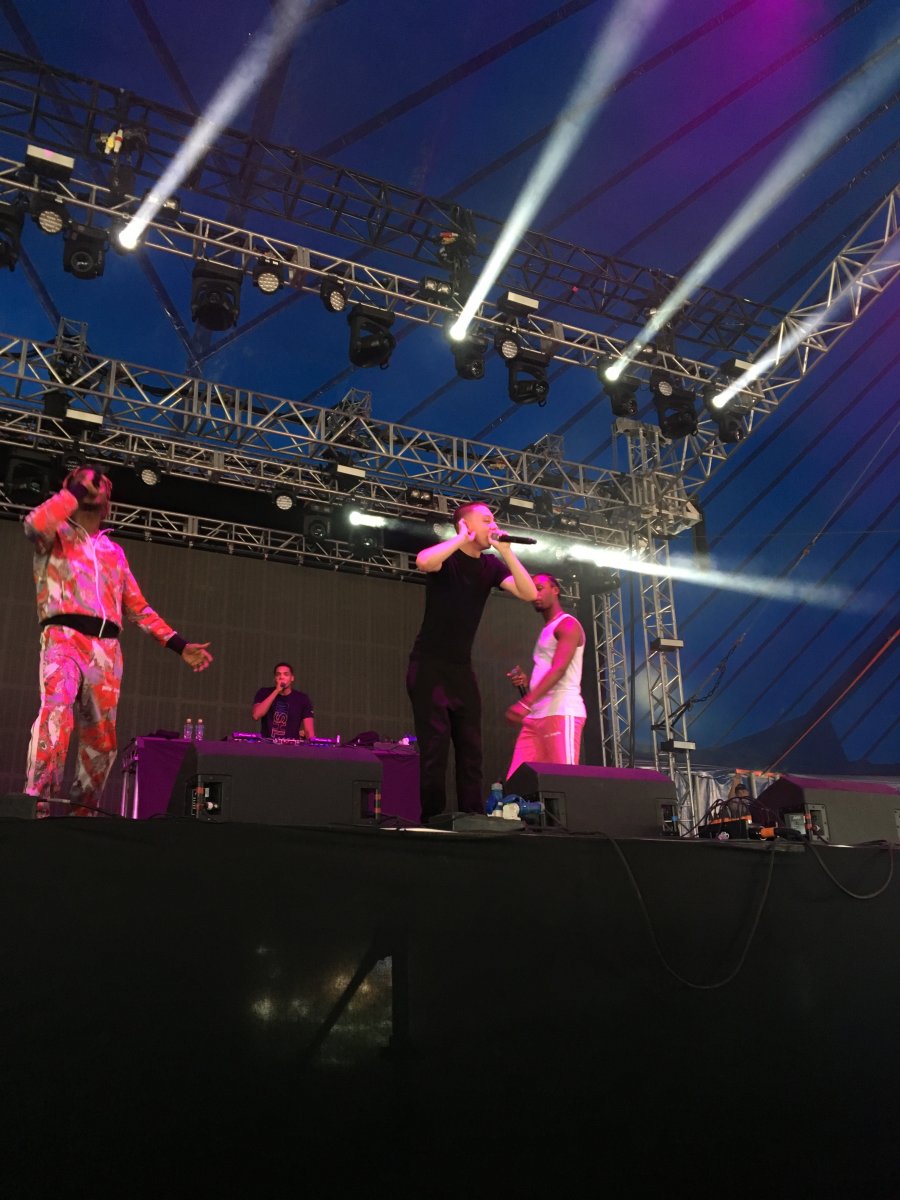 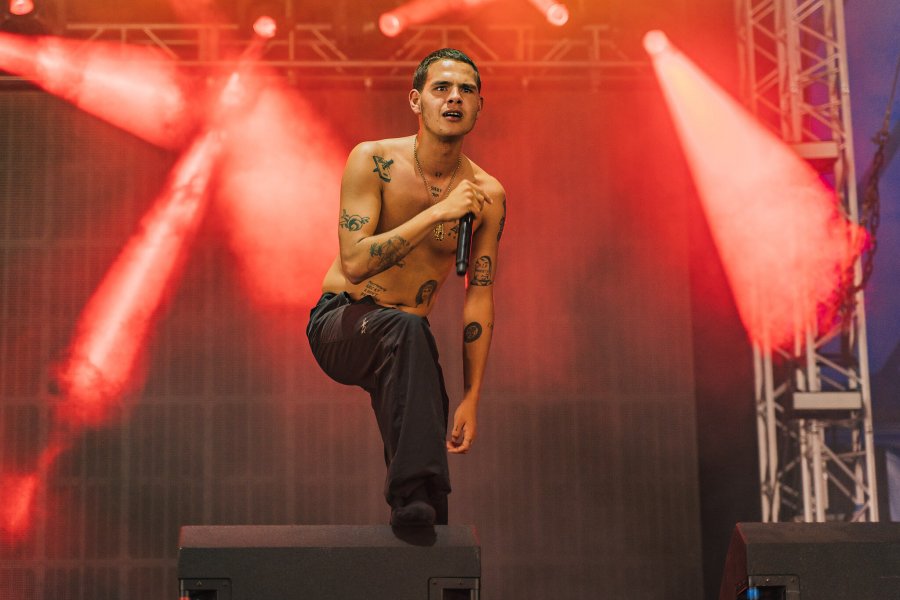 Fans may be taking to the tents to take cover from the sun but they won’t find any peace in BBC Radio 1 tent this afternoon as Slowthai took to the stage.

Taking full control of the stage, he parted the sea of fans to make space for a huge mosh pit.

Fans couldn’t escape the heat as they got up close and personal with strangers as the entire tent erupted with energy.

The 24-year-old thrilled fans with his grime and political hip hop and added fuel to the already energetic crowd by removing items of clothing after every song, and fans went absolutely wild. He was living for every second and got huge responses from the crowd.

Despite their name, Slowthai was the furthest thing possible from Slow and definitely a crowd favourite this afternoon. 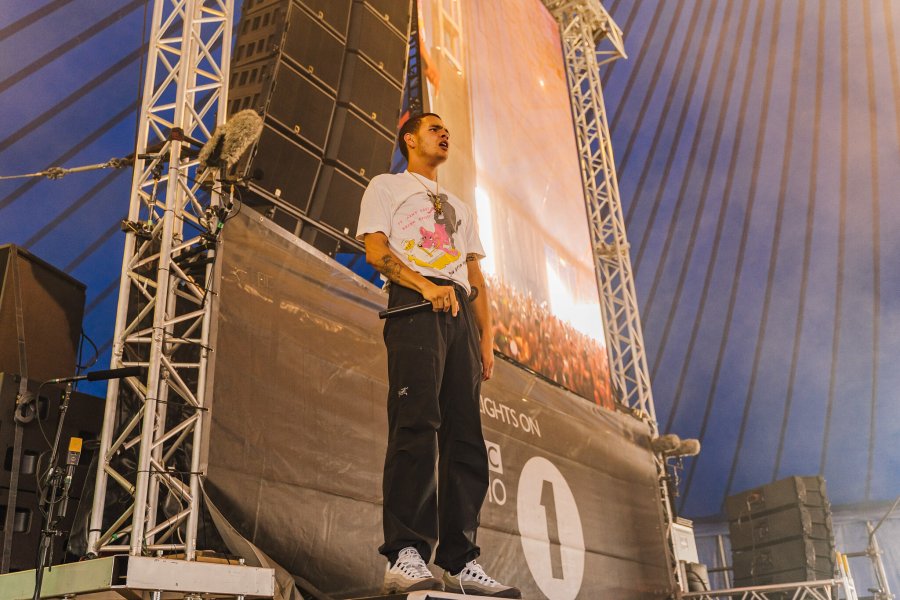 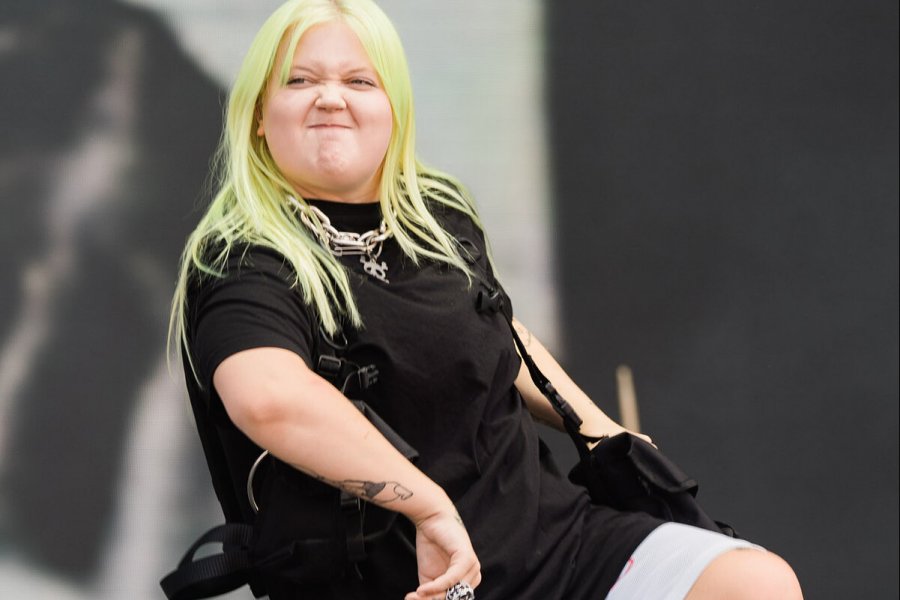 Another scorching day here at Reading Festival as ALMA took to the Main Stage as the second act of the day.

The Finnish star donned all black clothes, a contrast to her signature neon green hair, and heavy chain hanging around her neck.

As she played the crowd favourite: ‘All Stars’ a sea of synchronised bouncing hands appeared from both those in the crowd and those lounging on the grass, soaking up the sun.

ALMA refused to acknowledge the ending of summer with her new song: ‘Summer’ from her 2019 album, which got a huge reaction from the crowd.

Unfortunately, due to a lack of time they had to skip their penultimate song but ended on a high with crowd favourite ‘Chasing Highs’.

All music stopped as the crowd sang acapella ‘Chasing Highs’ to end the set. 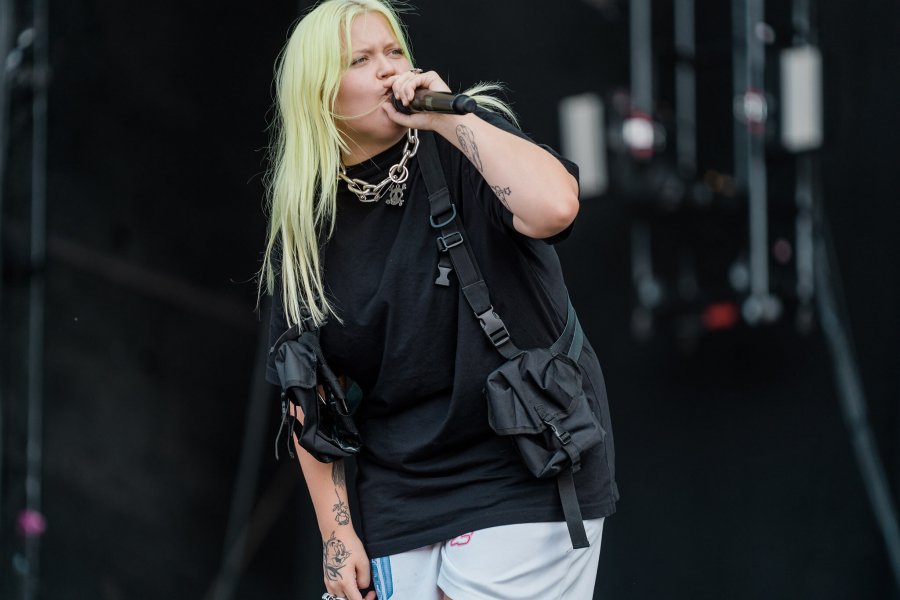 As the sun sets on the first full day at Reading Festival, Royal Blood rock the Main Stage with their electrifying soundtrack, and the crowds were loving every second.

Drummer Ben Thatcher was thriving on the energy of the crowd, so much so that his hat fell off mid-song, but like a pro, he carried on.

Mid-set Mike Kerr confessed: ‘We only came here to have a good time’ which got a huge response of agreement from the crowd.

The huge screens which magnified the figures on stage were black and white, a contrast to the multicoloured sky which we had here today. Keeping with this monochrome theme the band donned dark sunglasses and black attire as the sunset on our first day. 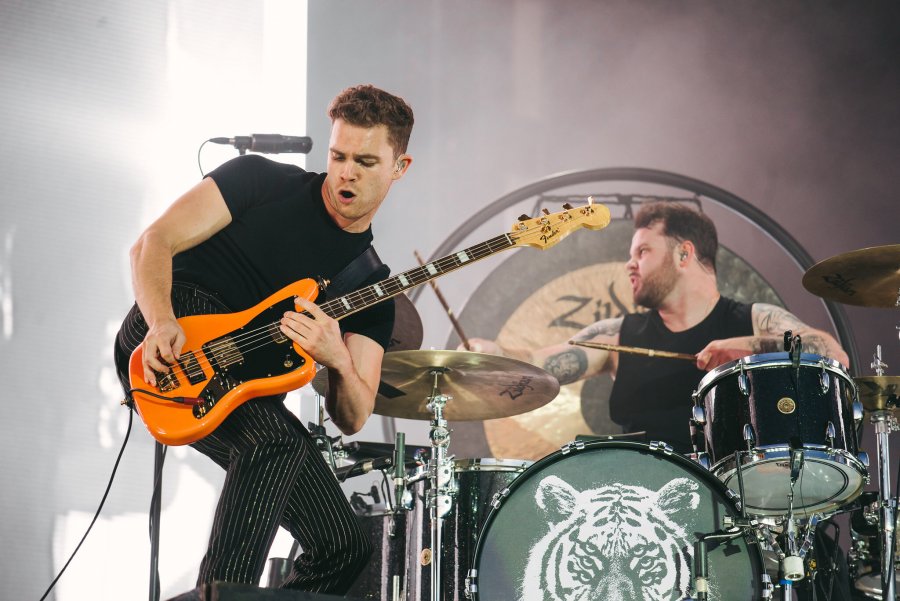 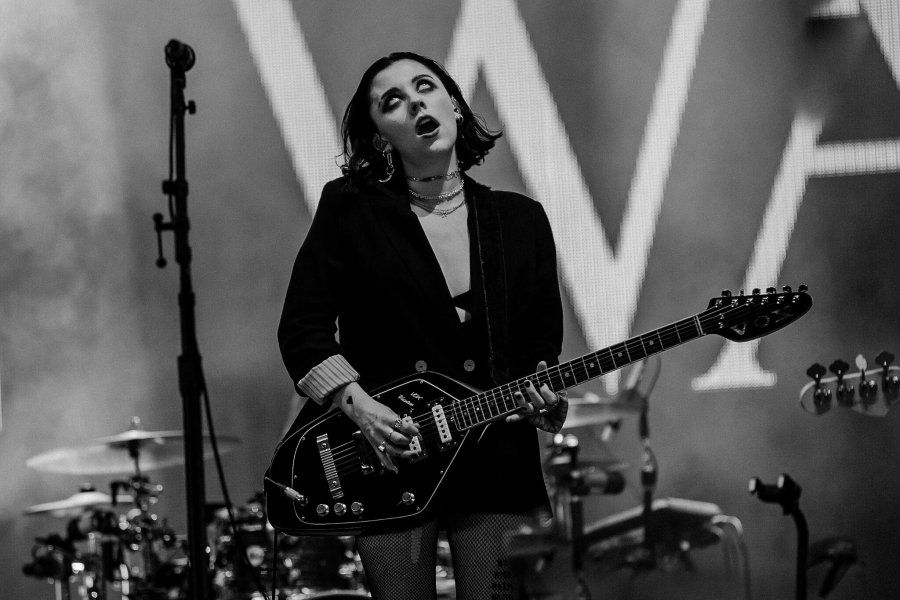 The Northerners travelled south for their latest gig, here on the Festival Republic Stage at Reading Festival.

With the crowd equally as big on the inside as the number of people watching the screens outside, Pale Waves were a huge success.

Their front women, Heather, owned the stage with her captivating presence and her truly mesmerising voice.

With Pale Waves projected onto the back screen, alongside the heavy base which reverberated throughout your body, it was impossible to miss this band.

How did she get her make up to stay on in this heat? We’ll never know.

The BBC Radio 1Xtra tent was alive with energy this afternoon as Scarlxrd shook the stage.

Despite the sweaty atmosphere inside the tent, fans were not deterred from moshing and singing along.

Leaving his YouTube days well and truly behind him, he was welcomed onto the stage by a chorus of screams and chants so loud, the ground beneath us shook.

Scarlxrd thrived off the energy radiating from the crowd and continued to add fuel to the fire with backflips and later jumping into the crowd amongst fans. He also made full use of the special effects here at Reading with smoke machines and strobe lighting, the effect of which was fully electric.

Despite the mosh pits and occasional profanity, it was by the far the most energetic of the performances we’ve watched this far,  and despite the heat, the dancing continued.