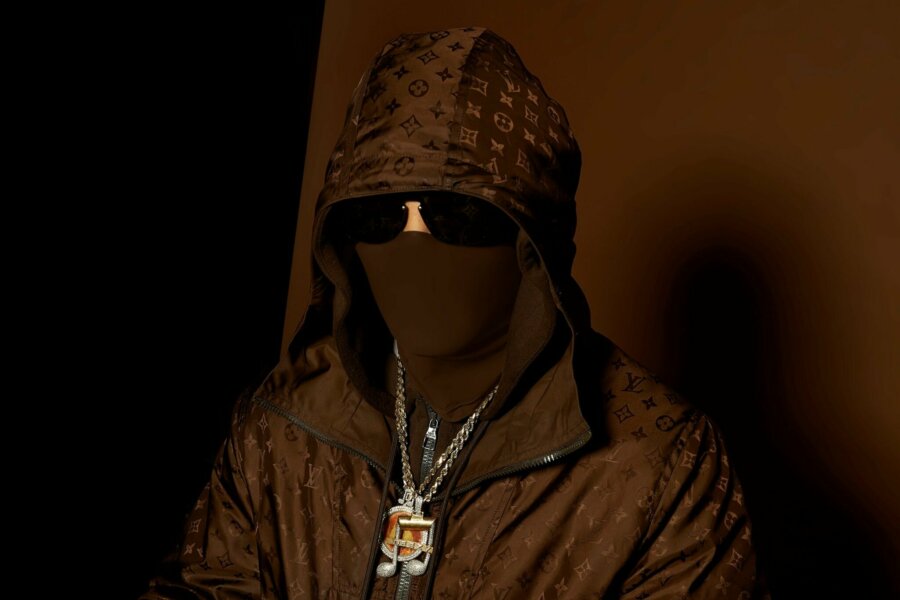 When enigmatic Manchester rapper Meekz performed at the BRIT awards in February, alongside U.K rap’s heavyweight champions – Dave, Fredo, Ghetts & Giggs – it felt like that moment when a gifted Olympic boxer switches codes to the professional ranks, and competes for the world title in their first professional bout. The live rendition of his unforgettable verse on Dave’s ‘In the Fire’ was the clear standout, and introduced his gravelly, powerful tone – revered by his peers and rap fans – to a mainstream audience of millions. He admits there were nerves beforehand. “I just wanted to get it right,” he says. “But I was worried about the moment and the fellas were more worried about the afterparty … That’s when I realised I need to loosen up in this bitch!” he jokes. The warmth of the memory radiates in his voice. “My nana phoned me and cried, and said she loves me. She’s never, ever said that to me. That was emotional. It was an amazing moment for me, a ‘pinch me’ moment. But this is what I came to do.” For Meekz, this is only the beginning.