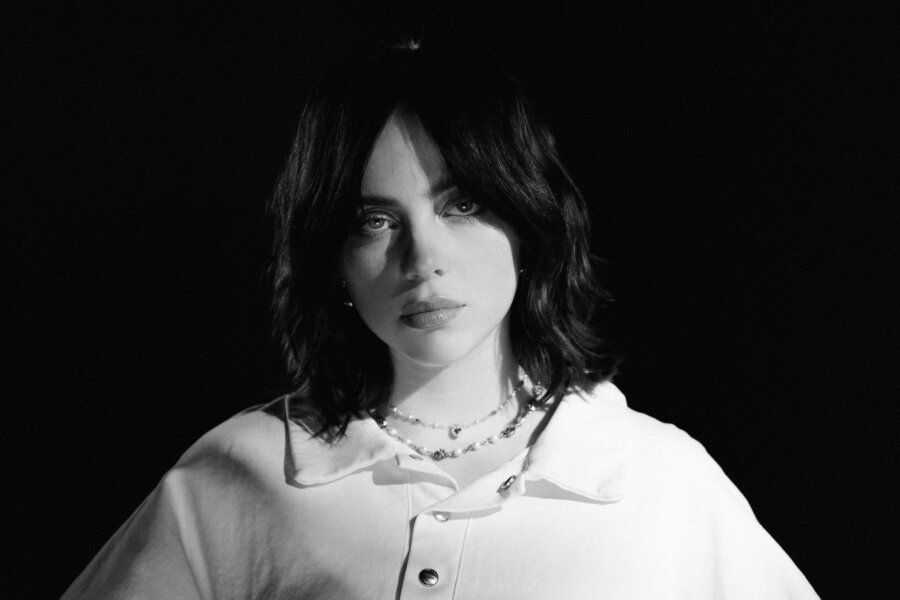 20-year-old Billie Eilish remains one of the most treasured singer-songwriters of her generation. Writing and releasing music both observational and reflective on her own life experiences and society – something all the greatest songwriters have done before her. Billie Eilish released her highly anticipated album ‘Happier Than Ever’ on Darkroom/Interscope/Polydor Records last summer to critical acclaim globally, and immediately topped the album charts in both the UK and US as well as seventeen other countries worldwide. She then embarked on a world tour, which included headline slots at Glastonbury and Coachella and six nights at the O2 Arena in London – her concert film recorded over these shows, Billie Eilish Live At The O2, is nominated at the upcoming 65th GRAMMY® Awards for Best Music Film. Alongside ‘Nobody Like U’ (from Turning Red) with her brother FINNEAS also receiving a nomination for Best Song Written for Visual Media, Billie Eilish’s total number of GRAMMY® nominations now tallies eighteen. At the 64th GRAMMY® Awards, Billie Eilish was nominated for seven Grammys for Happier Than Ever, including Album, Record and Song of the Year. Earlier this year, Billie Eilish surprised fans with Guitar Songs: two songs, the previously heard and much loved ‘TV’, and a brand-new track titled ‘The 30th.’ ‘TV’ closes with live vocals from her audience, recorded in Manchester’s twenty-one thousand capacity AO Arena.